So, I had a birthday recently, and as tradition dictates I'm going to tell you about it here.

It was a low-key affair (which is just what I like). My parents came down to London and we went to a museum (late, so we only had an hour in there) and then went out for dinner at a local pub. It was good, and the weather co-operated this year so it was lovely and sunny and warm. The next day I went to James and Eppa's house for a barbecue in the garden. I broke Eppa's butter dish and then the visit ended after James and Eppa had a particularly stressful time getting Rene and Jack bathed and then to sleep. Also they had all been as sick as dogs with a stomach bug. But other than these misfortunes it was a pleasant visit and I got to eat some tasty barbecued meat products too. Thanks, guys! I'm so sorry about the butter dish!

Now, let me side-step my guilt to show you some presents: 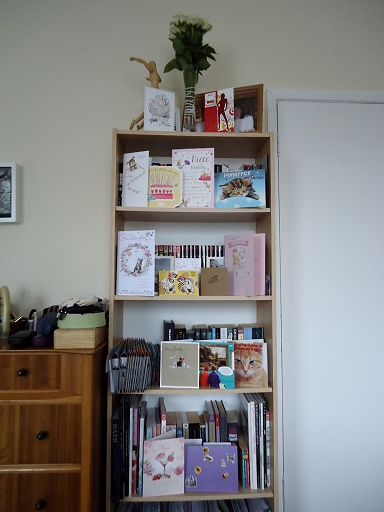 Cards, cards, cards. And a bouquet of roses from James and Eppa and family. When I arrived, Rene was waiting at the front door to give me the flowers, but she forced Eppa to sing Happy Birthday all by herself (singing on the street is very embarrassing when you're two years old). 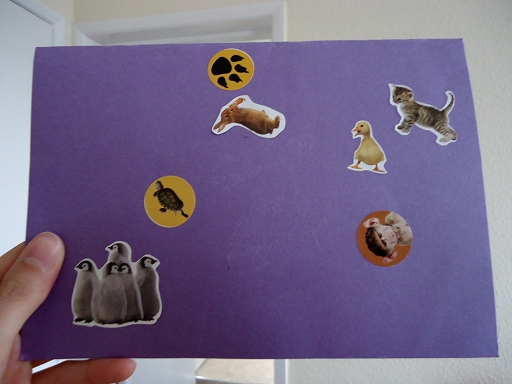 Rene made my card though! The stickers were hand-picked and stuck on. I was told that there was meant to be a (lion?) in the middle, but at the last minute it was decided by Rene that the lion was a BAD CHOICE and so she took it off again. 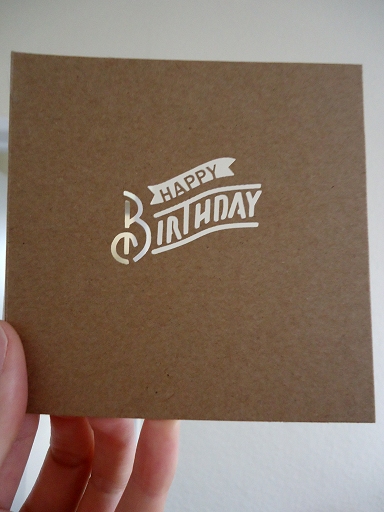 Next up in hand-made cards is this super stylish one from Steve, Heather and William. Not shown: a christmassy picture of kittens stuck on the inside. Also not shown: no writing anywhere on the card telling me who it's from. Thank God I only know one set of people with a laser cutter and a love of old Christmas cards. 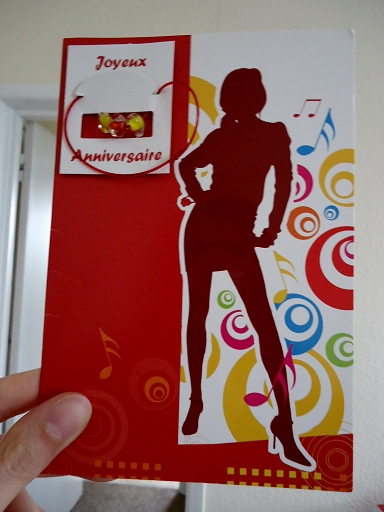 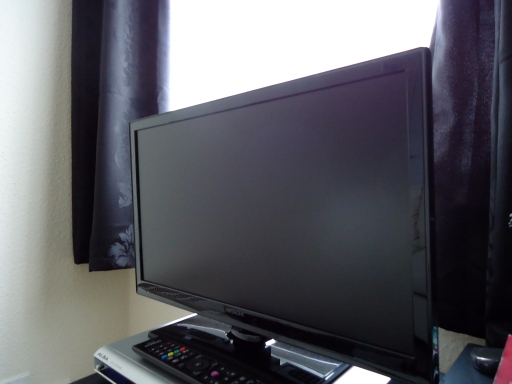 So for presents, the big one was a new TV. It is neither expensive, nor a good model, nor big (I bought it before I knew my parents wanted to pay for it for me, so I was being especially frugal; I mean, I hardly use my TV) but it is NEW. I've only ever owned one TV in my whole life before, which recently gave up the ghost. I'd bought that TV in the 1990s! The first TV show I watched on it was Rugrats! As such, it was huge, despite having a tiny screen. Yay for arriving in the 21st Century! 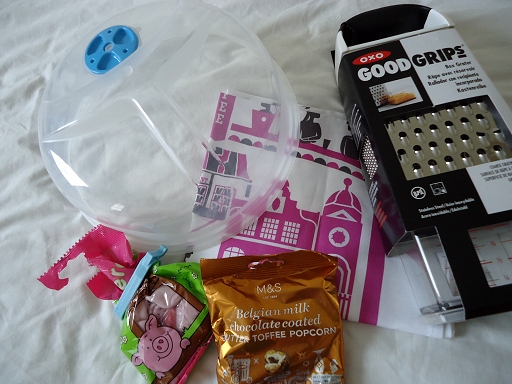 Kitchen-related gifts, including a tea towel from James and Eppa and family, and the rest from my parents. The percy pigs are clipped up because I started scoffing them as soon as I had them in my possession. The chocolate-covered popcorn, meanwhile, has since been opened and is TO DIE FOR.

Oh, and you see that big plastic thing? I had no idea what that was when I opened it! It turns out it's a cover to put over food in the microwave to stop it from splattering everywhere. Handy. Cleaning a microwave is such a chore. 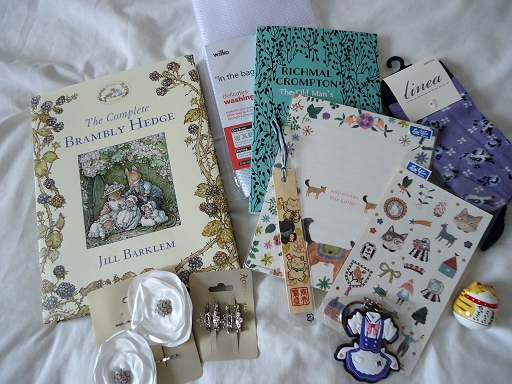 Non-kitchen presents, including some cute stationery and gifts bought by Nick on his recent trip to Japan. The maid keyring comes from his visit to a maid cafe, which appears to have left him visibly shocked (I forget that many British people haven't heard of these things before!)

Also pictured: pretty hair clips and other things from my parents, including that Bramby Hedge book. Do you guys remember Brambly Hedge from your childhoods? I only ever read "The Secret Staircase" when I was little, but it tapped into my embryonic love of history and affected me so much that I can still remember it to this day! Oh, man, maybe this is why adult me loves old, blocked-up doorways so much? Anyway, I'd rediscovered Brambly Hedge and its charming illustrations over the past couple of years, and I decided I wanted to own it for myself. I am so glad I did! I don't care if this is a children's book. The illustrations are so lovely and so detailed I could cry, and the stories (most of which I hadn't read before) are so calming and peaceful. Augh. It is escapism in its purest form and I love it to pieces. 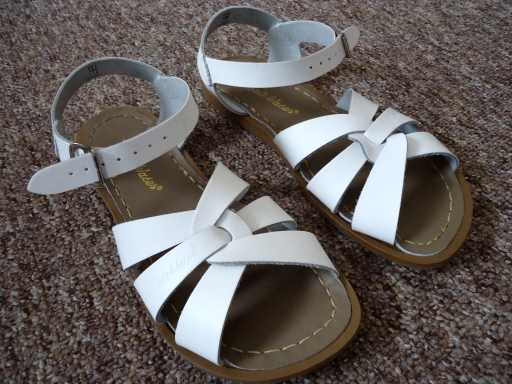 And finally, I bought these as a birthday present to myself, but later found that I'd received enough birthday money to cover a good portion of the cost. I have been trying hard recently to find a pair of sandals that doesn't give me multiple blisters. Eppa has a pair of these Salt Water Sandals and swears by them (also, they look nice), so I decided to give them a go! I haven't worn them much since I bought them, because I only wear sandals in really hot weather, but I'm willing to bet we're going to get some more of that before the summer's out.

Janny, I’m sorry but I’d only just read this post. I effing love that Tindalex card. Hope there is a series and I’m getting one for my bday!!

It was astounding! I was moved to tears.

I’m really sad I missed it. I hope you had an amazing day!!!

Very adorable presents. I think any birthday that gets you gifts that range from televisions to cheese graters to sandals to Brambly Hedge is an extremely successful birthday. Well done!

Thanks! I think I did exceptionally well this year. I was not expecting to receive a TV! (I mean, I was expecting a new TV, because I was buying it, but I didn’t expect that my parents were going to give me the money for it!)