I am on a blogging roll at the moment (a roll in this instance meaning two posts) so make sure to check out the food post I put up yesterday, if you haven't already.

A couple of weeks ago I made a brief, weekend trip to the New Forest. I went to visit Claire, and her new son Max, and Deborah came along too.

It was a nice sedate visit (as all outings with a young baby must be). At Claire's house we made a paella (tonnes of it; we accidentally made tonnes of it) and a key lime pie. We also got to chat to Claire's eldest son, Joe, and Claire's new cockatiel, Dave. And yes I mean chat. Dave will talk to you if you talk to him, but his conversation is limited only to "Hello, Dave" and "Good boy, Dave" (I don't know about you, but some people can be so self-centred when you talk to them, can't they?) Then we sat up late into the night (Claire and Deborah and I, I mean; not Dave, he'd had a blanket thrown over his cage by this point) and reminisced about the old days while listening to 90s music.

Other things we did involved walking around a village in the New Forest (before stopping for afternoon tea). Now, I had known that the New Forest contains ponies, but I hadn't realised that they wander around the villages in the New Forest too. It's so weird to see semi-wild ponies just hanging about outside people's houses. 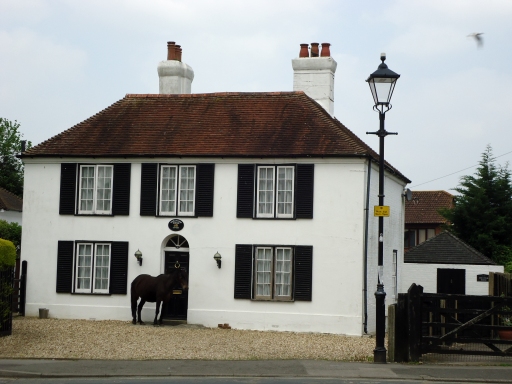 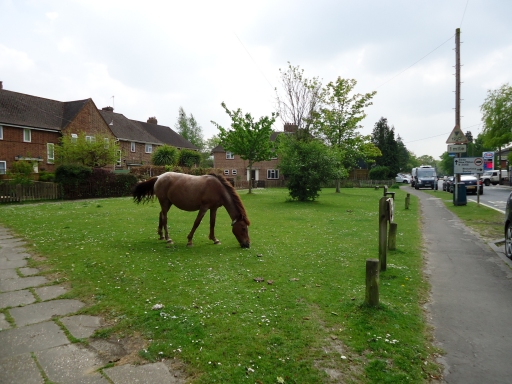 Then we went to the beach and looked out across the Solent. Take a look at that land in the distance; at first I thought, "by God, France is pretty close today," but it turns out it's the Isle of Wight instead. 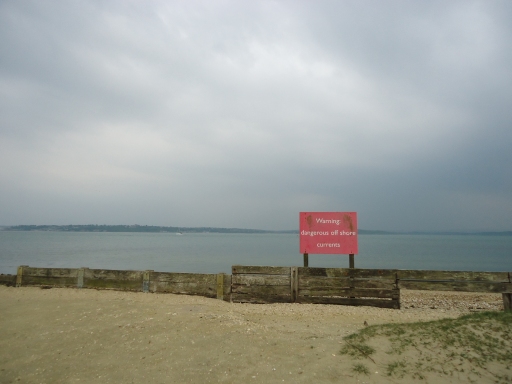 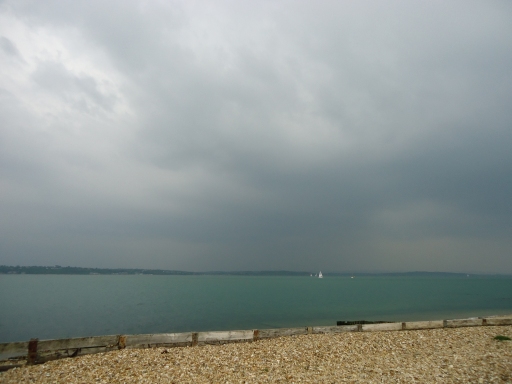 While we were on the beach the sky went scarily dark. Shockingly we didn't get rained on! I don't think the folks on the Isle of Wight fared so well though.

When we got bored of walking on the pebbles, we headed up the sandbanks and instantly found ourselves surrounded by bluebells! (I love this time of year.) 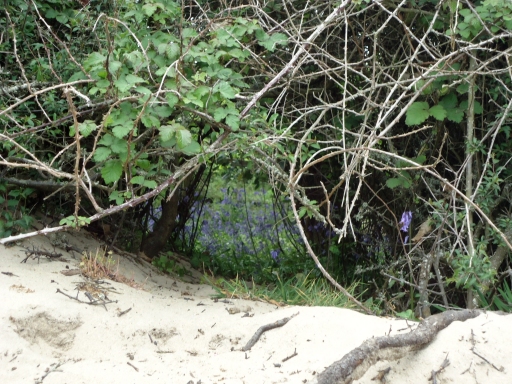 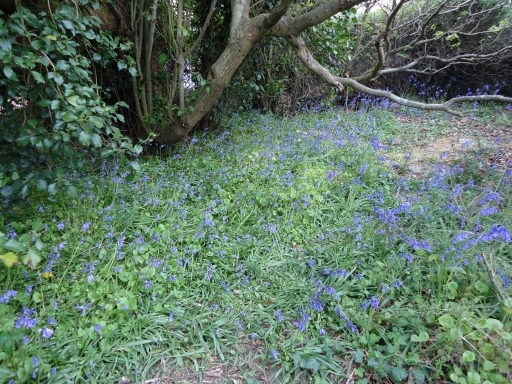 So… “The New Forest"… is a place? In England? This is almost as shocking as finding out that “Derbyshire” is actually pronounced “Dabbershurr.”

I thought your text said that peonies roam free all over the New Forest, and I was about to freak the eff out. Ponies are nearly as picturesque, though. Probably poopier, too!

That photo of the rainy ocean, and the one of bluebells by the shore, are some of the loveliest pictures I’ve ever seen. I would probably buy that peonies roamed free all over a place that beautiful. Wow.

The ponies are definitely poopier! A lot of the houses have cattle grids in their driveways to stop the ponies entering their front gardens and a) eating them, b) pooing everywhere.

A quick Google tells me that the New Forest gained its name in the time of William the Conqueror. Hardly new; I feel cheated. The thing I find it hard to get my head around is that in those days a forest wasn’t a wood, but a large area that was used for hunting. Which probably explains why the New Forest today contains beaches, villages and heath lands, and not that many trees.

Thanks for the compliments on the photos! I also had a number with me gurning in front of the bluebells, but they weren’t nearly so picturesque.