A weekend in Milan:

Good points:
- I've grown to love arancine
- Cake shops with chandeliers
- The duomo (cathedral) is pretty awesome
- Lots of pasta
- Spinning around on the bulls balls 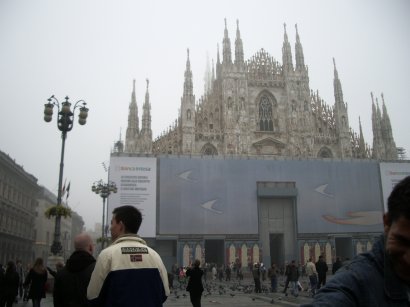 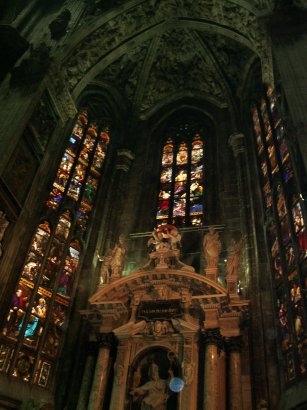 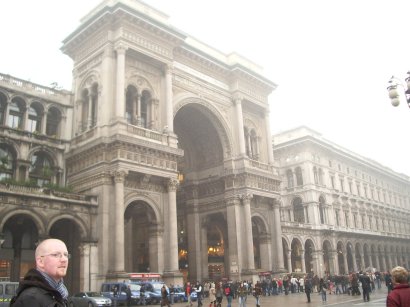 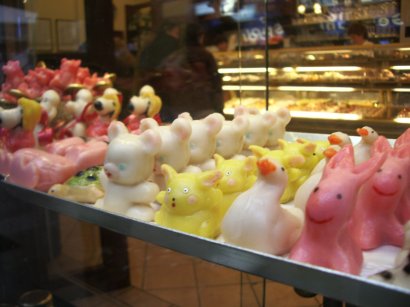 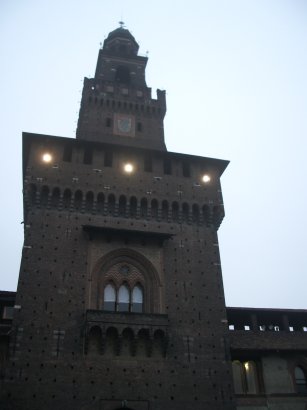 It was the worst landing ever! It was comparable to the landing we had, when James, Steve and I returned to Heathrow from visiting Linda in Orleans.
It was really windy and rainy in Luton where we were landing. Going down wasn’t too bad, just a bid of turbulance, but when we touched down…Man, the plane was going so fast! You could feel it swerving over the runway; I thought we were going to crash into the terminal or something. I was proper relieved when the plane finally stopped. I normally enjoy flying, but my heart was racing this time.

The club was awful. It was called La Banque and had two rooms for the price of one (although one of the rooms was closed), it was an expensive price too. It was a normal club, there were girls and boys there, all drinking and dancing and doing the normal stuff. But, there were TV screens on the walls that kept showing film clips of naked ladies. it was easy enough to ignore the screens. The hard part was halfway through the night, when this girl (employed by the club) got on a stage in middle of the dancefloor, in her underwear, and started dancing about. I think there were two girls that kept taking turns on the stage, so the dancing kept going and going. I didn’t know where to look. Also, the club seemed to decide that clubbing is more fun with constant strobe lighting for a few hours. IT IS NOT MORE FUN STROBE LIGHTING IS ANNOYING. Worst night ever. I stress that this was a normal club, it’s just, Italian men are really randy (you even get scantily clad ladies dancing in the middle of game-shows on the TV).

Also, I am glad your car is working now. And, why a song about Giessen but no song about AYLESBURY?

Tell me more about the flight drama! And the club? Did you go for a night on the tiles and end up somewhere dodgy?

Sorry! I had to post and then run straight off to work.

You know, I think that might be a Pikachu, I never noticed before. (I didn’t buy anything from that sweet shop, but everything looked so good).

Oooh, lovely pics…is that a marzipan Pikachu? But you post without replying to my comments! Is there any fairness left out there?!