1. It was my birthday yesterday. I had a great day all in all. I'm going to have a great weekend too (I'm not going to think about my dissertation at all). I'm 24 now though. Good God.

2. It was an even better birthday because I got offered the job I went for on Wednesday! It sounds like a really interesting job too, even if it is only for a year. I'm so happy.
(@Mariya: On account of me now having funds, I shall begin to put into motion plans to organise a trip to NYC :D :D :D)

3. The Gundam00 drama CD was released and it is just about one of the best things I have ever heard.

I have to say, I don't normally care about drama CDs. Mostly, this is on account of them being audio only, and my knowledge of Japanese being close to zero. However, even with a translation they're never normally that interesting. So, when I first heard there was going to be a Gundam00 drama CD, I mostly thought, 'Yeah, whatever'.

Then I found out that it was going to be set in a school, and I became even less interested. Why should I care if it's AU? And a cliche-ridden high-school AU to boot?

Then I found out that it would involve schoolgirl Tieria and my interested was piqued.

But do you know what? IT SURPASSED ALL MY EXPECTATIONS. It is the most hilarious thing. And the fact that it is still funny, even to someone who can't understand the language at all is saying something.

It is all brilliant. But some of my favourite parts would be.

- Setsuna. Oh Setsuna. I've never found him an interesting character, but his acting skills are amazing. Whenever he opens his mouth in undercover-schoolboy-mode I crack up laughing. Choriiisu! You know, I've been teetering on the edge of becoming a Mamoru Miyano fan for a while now, and a think this just pushed me over the edge \o/

- The other character that stole the show was Graham (aka Hamu-sensei). Everything he did was brilliant. But I think maybe his fighting moves were the best. HAMU-KICK! HAMU-PUNCH! HAMU-CHOP!

- Special mention goes to Hallelujah for turning out to be even more amazing than I thought. A) For humming the theme-tune. B) For the bonus track and his amazing negotiation skills.

- Another special mention goes to schoolgirl Tieria. I was wondering how they'd manage to get Tieria to pass off as a schoolgirl, seeing as he doesn't sound like a girl at all. It turns out that he did it by putting on a shockingly high-pitched voice. I nearly died. He sounds like such a polite schoolgirl too. (And everybody mentions how the new girl in class is so pretty. AHAHAHAHA.)

So, obviously, schoolgirl Tieria is something that needs to be drawn. Not that there isn't plenty of schoolgirl Tieria out there already, but now there should be even more in the wake of this drama CD. And that brings me onto...

4. Fanart dump! I quickly inked and coloured a lot of stuff yesterday. (I'm not sure I'm actually pleased with any of it though, but there you go.) 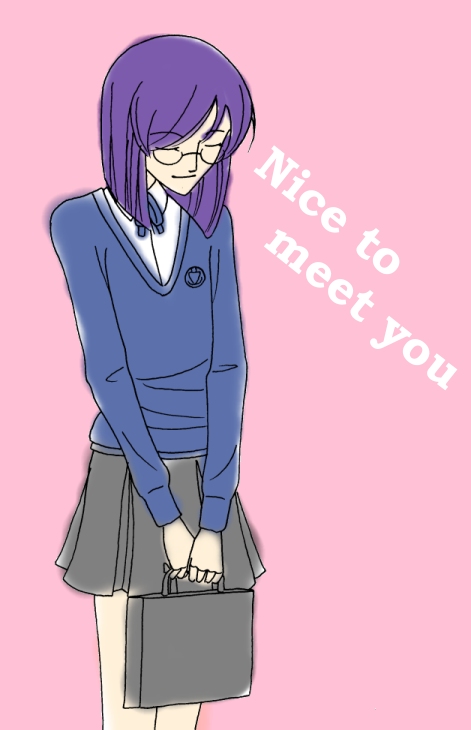 There is no way that I could listen to the drama CD and not draw this. Obligatory schoolgirl Tieria. 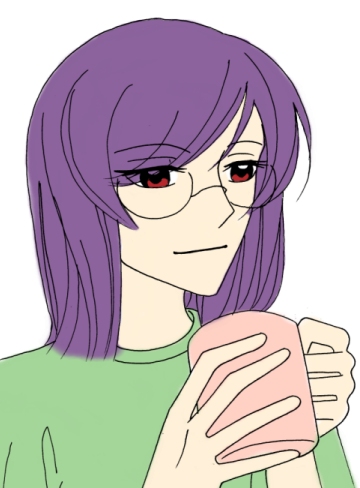 I drew this ages ago. Just a little sketch based on the fanart I did a while ago of a happy post-series Tieria in Lockon's shirt :D

I told you I drew a Lelouch didn't I! Long time no see Lulu! I was going for a different style for the eyes on this one, which is actually, kinda, really weird. Never mind, it was just drawn for fun anyway.

Pa-Pa-Pa-Pa-Pa-Patrick! Tieria aside, Patrick is my favourite character in Gundam00, so I thought I'd better draw him some more. Patrick is a brilliant character of the comic relief variety. I like him because he makes me laugh so hard. And for some reason, I have my own whole elaborate head-canon about Patrick which I could go on and on about for ages. In short, I like to think of Patrick as a mixture between Vince Noir, Russell Brand, Ace Rimmer and a failure. Bless him.

5. Right. Come next week I'm going to be going dissertation crazy. ONLY A MONTH TO GO D: D: D:

Hi! Congratulations!!! OMG, I am so happy that you got the job and tht you may be able to come!
Best,
Mariya