I went to the Natural History Museum with Emma, Helen and Susan today :D:D:D:D

We all proved that we knew how to act our age by running straight into the dinosaur exhibition and then going to play with the toys in the gift shop.

In our defence, dinosaurs are pretty cool. 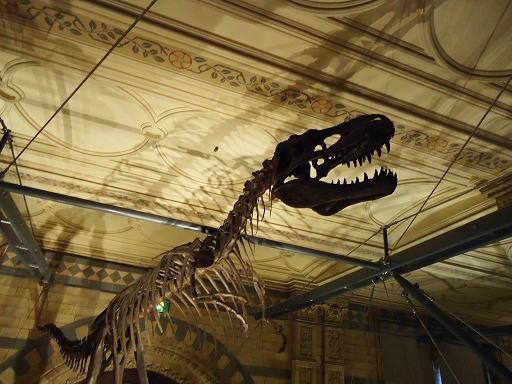 I loved the shadows that the skeletons threw on the walls. 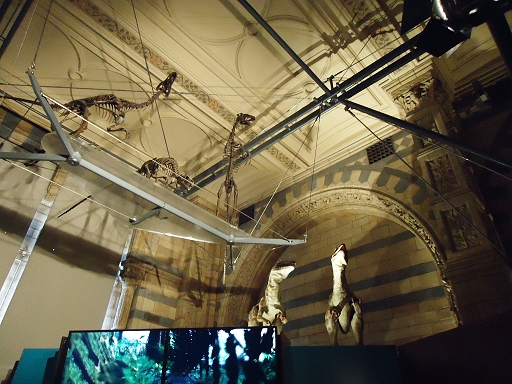 I think these were velociraptors? Maybe? We indulged ourselves in many Jurassic Park quotes before we realised that the film is nearly 20 years old and promptly shut up. 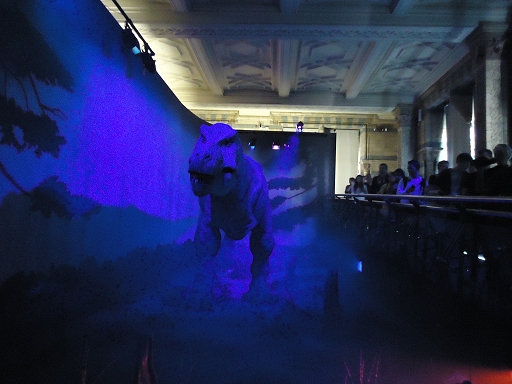 Ok. So the animatronic T-Rex is there to scare the kiddies. But, gosh, it does move well. I was scared myself. I WASN'T SCARED I SWEAR.

So fascinating though. I've just been watching a programme about dinosaurs on the TV, and I've also just finished reading The Selfish Gene by Richard Dawkins. The TV show was a little low-budget and the book was a little dry, but, man, there isn't anything that fascinates me as much as evolution. Seriously. Seriously! When the book started talking about how organisms may have evolved in the first place, oh oh oh. Stuff that used to be there but isn't there now, oh my! Natural selection, oh, Mr Darwin! And I will leave my beard on. GAZE.

After all that excitement, we went for lunch. And we just happened to pass by the Hummingbird Bakery. I'd heard a lot about this place, so I decided to go get myself a cupcake.

It was on the expensive side, but worth it to try it once, I say. 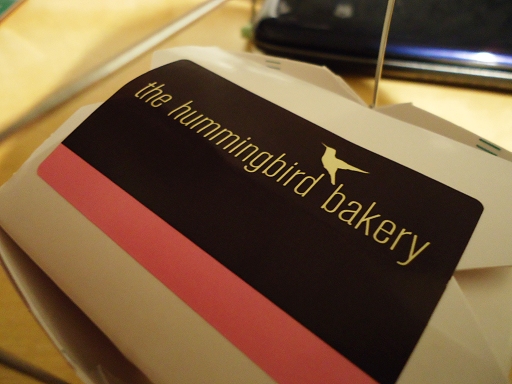 It came in a very cute little box. 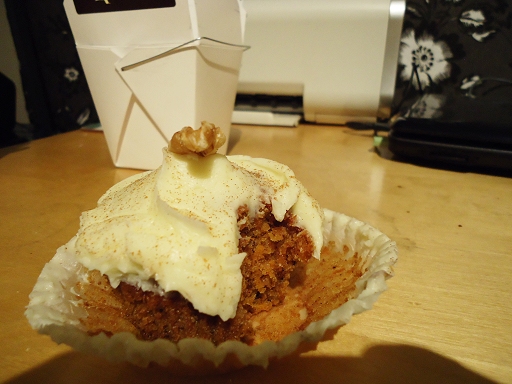 Carrot cake cupcake for me. And it was very tasty. I normally find large amounts of frosting to be quite trying, but this one wasn't sickly at all. If I wasn't a person with bills to pay, I'd go back for more!

I read the above. In my opinion, it wasn't as good as The Count of Monte Cristo. Mariya begs to differ, and I will admit that it has all the fun and adventure and ridiculous storylines of Monte Cristo. But I found that the plot tended to meander a little and it was very much a boys' adventure story. Swordfights! And moustache-twirling! And deeds of derring do! For no apparent reason! Why all the fighting, guys!? Yes, maybe that's what heroes do if you live in the nineteenth century, but I can't help feeling that D'Artagnan and his friends spend most of the book wandering around acting like dicks. So much so that I was tempted to rename the book, The Three Dicks.

Then again, it is so ridiculous that it's almost charming. (It's the sort of book that should be read while listening to this tune.) And I wouldn't object if Gonzo decided to turn it into a pretty animation about blue space vampires :D

You may remember me saying that I bought a couple of dresses for super cheap but that they needed some alterations. I spent all day yesterday sewing, pricking my fingers, tying myself in knots, and lamenting the fact that I didn't have the foresight to actually learn how to do this before giving it a go. Still, I think the results are passable. 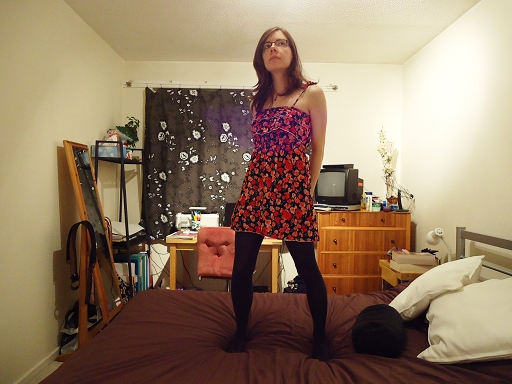 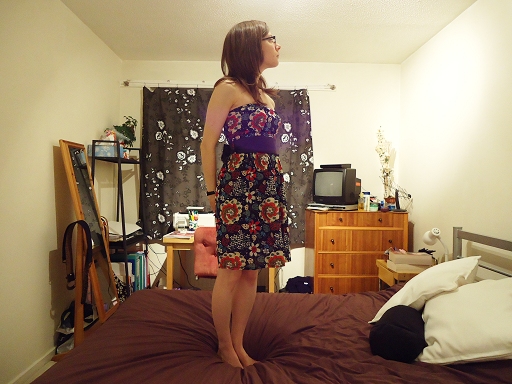 Seven pounds for the two of them! (I'm sure shouting out the price makes me seem ever so classy.) SEVEN POUNDS!

Cheers man. If I do wear one it’ll have to be the top one though. I tried wearing the bottom one yesterday and it kept slipping down and showing everyone my bra. I think I’m going to have to try to alter it some more.

Oh Janny. Love the dresses. You’ll have to wear one at Chrimbo. Put a scarf on and you’ll be fine!