I've been quiet for a bit because I went on holiday! It was the first holiday I've had in ages and I really feel like I needed it.

I went to the Lake District with my parents. Ah, Cumbria. Home of Kendal mint cake, a million walking shops, and irate charcoal burners.

Due to unforeseen circumstances, we got upgraded from a 2-bedroom flat to a 5-bedroom farmhouse! It was very luxurious and I miss it quite a lot. 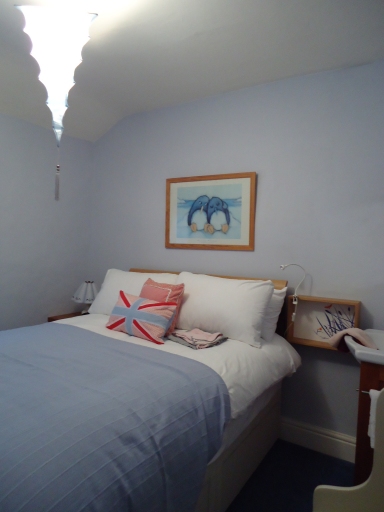 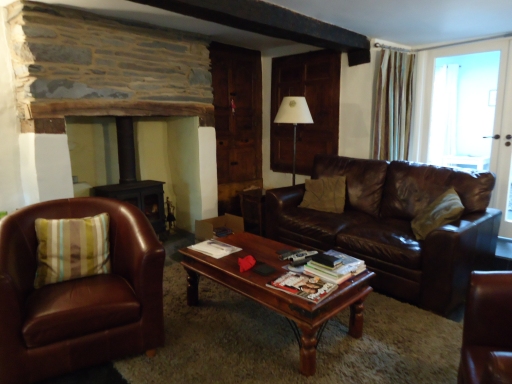 One half of the living room. The other half contained a piano! 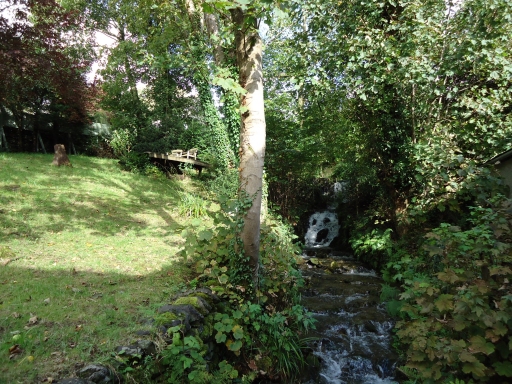 There was a waterfall in our back garden! This sounded impressive, until we realised that in the Lake District, there a basically waterfalls EVERYWHERE.

The whole place was filled with: 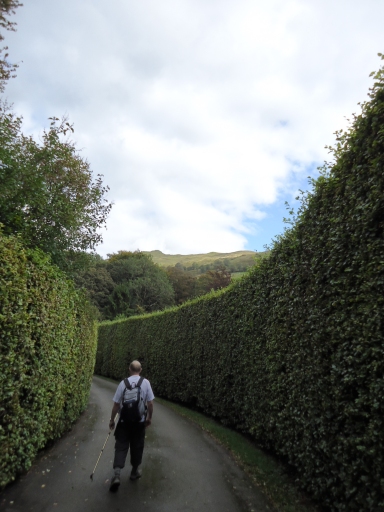 Small winding roads. (Most of them ridiculously steep. One in the town we stayed in was called 'The Struggle'.) 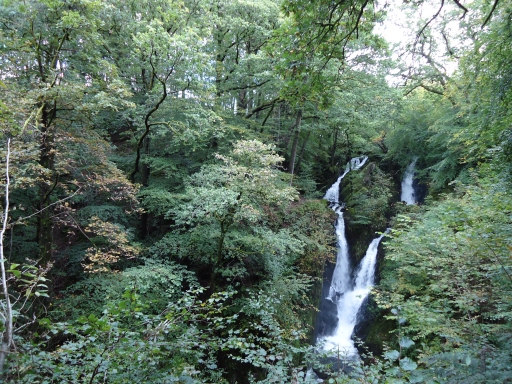 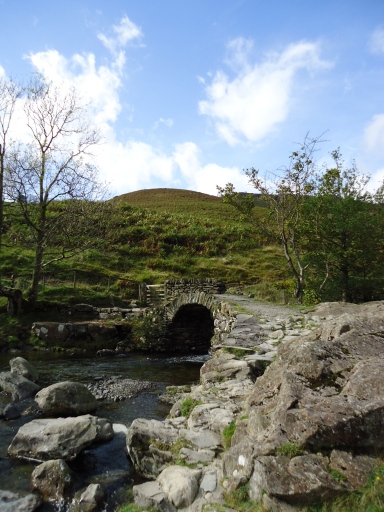 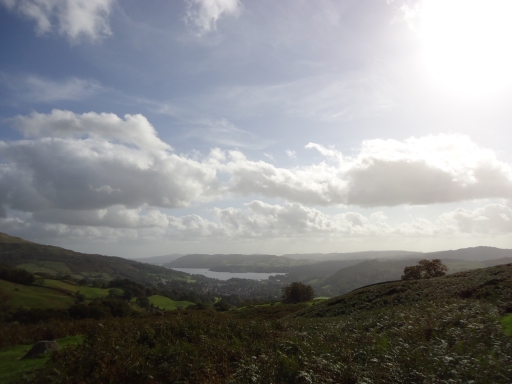 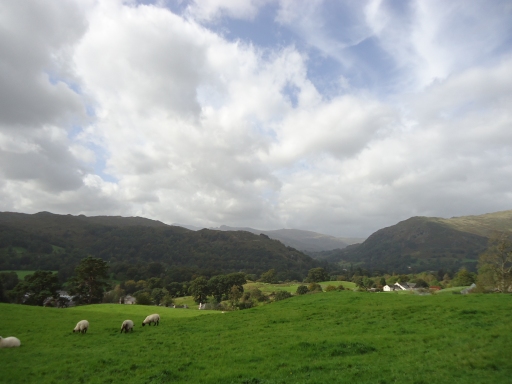 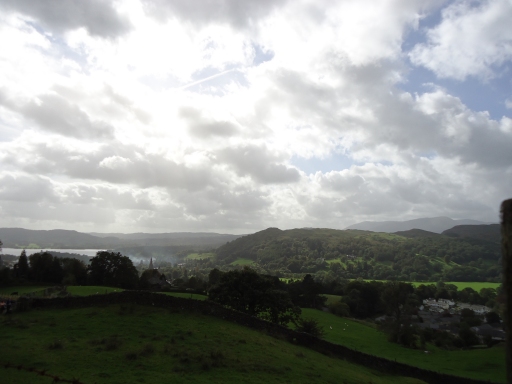 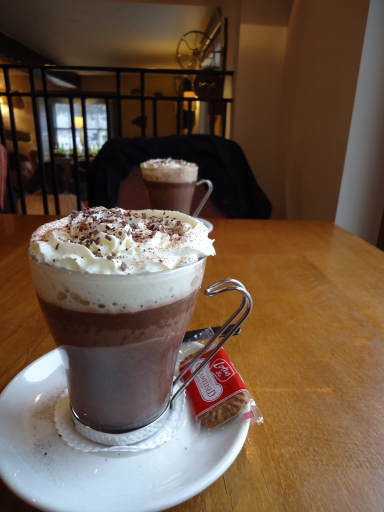 But at the end of all that walking, on the days when there was a little chill in the air, it was nice to end up with one of these.

All in all. Very nice place. Full of tourists because everyone knows how nice it is. A+ would go again.

But, despite being that far north, I didn't see the Raven King once :( Saw lots of crows, but I don't think that's quite the same.

I finished Miles Edgeworth Investigations
Out of all the Ace Attorney games, this one seemed the most shabby. Mostly because the English translation was littered with typos and spelling errors, but the actual content of the game didn't feel that slick either. Still fun to play though!
Here's a handy summary of what it's like.

I also went to see Tinker Tailor Soldier Spy
In terms of atmosphere, design, and generally capturing the bleak cold war feel of things, this film is great. The whole thing is cold, grey and austere with peeling paintwork and modern architecture. A pleasure to look at. In terms of storytelling though, I think the film could do better. It really doesn't pander to the audience, which I normally like, and you do have to work to follow along. But I must have taken a wrong turning somewhere because I was left feeling very underwhelmed by the climax. I had no idea what went on in the last quarter of the film, and I didn't even realise it was the climax until it was over. Hm. Maybe I'm more stupid than I think. (I blame the heat: go to an un-airconditioned cinema on one of the hottest days of the year? GOOD IDEA.)

While we're on the subject. Weather, what the hell do you think you're doing? It's OCTOBER and I'm sitting here BOILING in a SUMMER dress! I'm all for a bit of good weather, don't get me wrong, but this is just PERVERSE.

WWI coats are a-ok with me!

I was in Cumbria rather than Yorkshire. They’re different counties, but they’re right next door to each other so I think they have some similarities. Here’s a map of the modern counties. And here are the counties as they used to be back in the day. So if this were pre-1975, I would actually have been in Westmorland rather than Cumberland. And from the old-school map, you can get a good idea of how large Yorkshire is. It’s massive!

You could be on the top of one in bright sunshine while the top of the hill next door was completely smothered by rain clouds.
Okay, so, Yorkshire is in fact actually magic? Good to know.

he does spend a large amount of the film wearing a rather dapper coat
WELL THAT’S ALL RIGHT THEN.

They could make a film entitled ‘Benedict Cumberbatch wears various coats’ and I’d watch it.
Me, too! Maybe he’ll have some new designs to add to the assortment in War Horse. (Which is, as I understand it, a very fashion-forward film.) (That was supposed to be a joke, in case you couldn’t tell.)

I also looked for some fairy roads, but they were surprisingly rather sparse on the ground.
I really miss the scenery though. Those hills! You could be on the top of one in bright sunshine while the top of the hill next door was completely smothered by rain clouds.

Don’t get me wrong, Tinker Tailor Soldier Spy is not boring. A little slow and thoughtful, yes, but it is rather pleasant to watch. It just fell down quite badly at the ending for me. I still have no idea what was going on there.

but I’m mostly just concerned about Benedict Cumberbatch’s artifically-straightened hair
I thought his hair looked really strange and I couldn’t put my finger on why! It’s only just clicked for me that it was because it was straight. Powers of observation: I have them. I’d make a godawful spy.
But! While the hair might be odd, he does spend a large amount of the film wearing a rather dapper coat, so it’s not all bad :D (They could make a film entitled ‘Benedict Cumberbatch wears various coats’ and I’d watch it. I wonder if Smaug gets a coat in The Hobbit? Yes pls.)

But, despite being that far north, I didn’t see the Raven King once :(
You do know that I love you kind of a lot, right?

Those photos! They are so gorgeous! I can kind of see where you might start thinking, “Okay, this place is probably literally magical!,” surrounded by scenery like that twenty-four hours a day.

Maybe I’m more stupid than I think.
Doubts it. Tumblr has been howling about the amazingness of Tinker Tailor Soldier Spy for three weeks now, but I’m mostly just concerned about Benedict Cumberbatch’s artifically-straightened hair. I also think that spies are really terrible fantasy characters, and that the only thing more boring than a movie about one spy is a movie about, like, five spies, but ymmv. (Also Gary Oldman’s character reminds me vaguely of a slightly more sinister Mister Rogers.)

Thanks for the heads-up!
(In perverse defiance of all the laws of God and Nature, TTTS doesn’t come out in the US until November.)