Hello everyone! I had a birthday recently. Let me tell you about it.

I am now officially into adult numbers that no-one can mistake for irresponsible youth! I rather like that. I was rubbish at being a youth anyway.

My birthday was on the down-low. I went to see a small comedy show and also went to the Globe to watch Richard II. Now, I had thought that I had enjoyed the BBC Hollow Crown version of Richard II because it was really well done. It was, but I think perhaps that I just really like the play as well. There's something very compelling about Richard's character. He's a spoilt brat and an arse, but you can't help but feel sorry for him as his whole worldview crumbles around him. Charles Edwards played Richard in this version and I think he did it very well. Also, they dropped glitter from the roof! How can you not love a play that drops glitter from the roof?

In other news, let me dump some photos of my lovely gifts on you. Thank you everyone for your well-wishes! 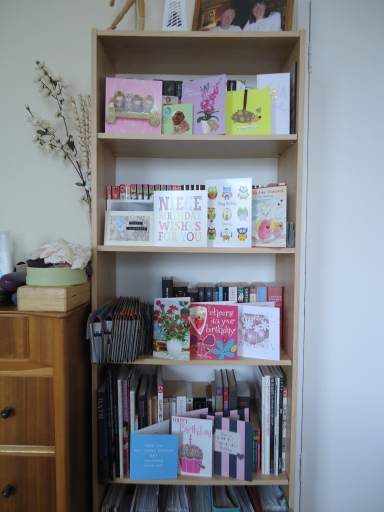 A whole bookcase full of cards. (I had a count-up: only four cat cards this year; I need to do better.) 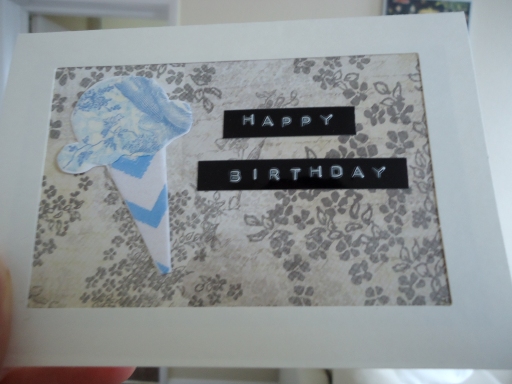 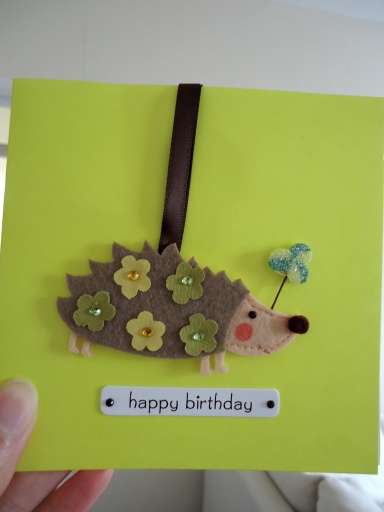 Mariya sent me a very expensive looking card. With a picture of John Watson on it! Bwahaha. 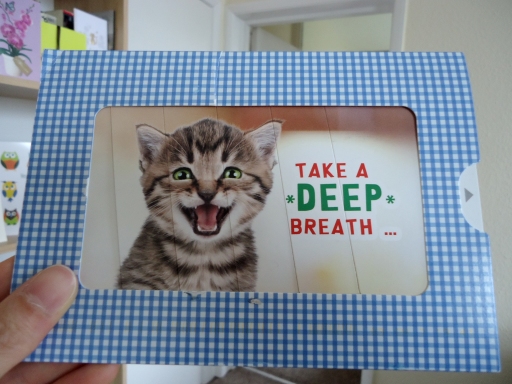 Linda and Tom also sent an expensive card. With a cat on it! No flap though. Unlike Linda, this card is not good at standing. 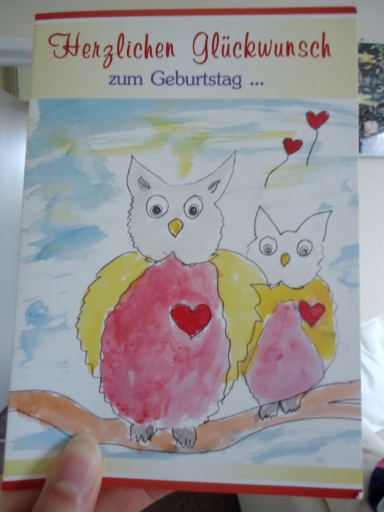 Nick thought he'd bought me a card with cats on it, but then realised... 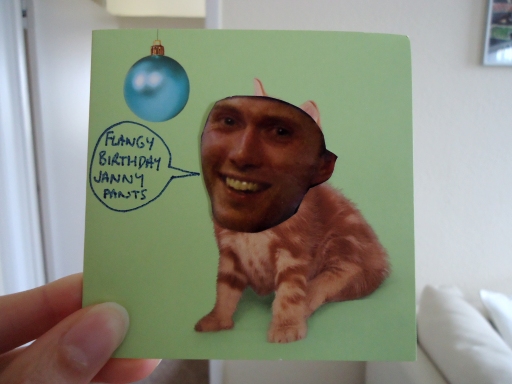 Steve and Heather had no such confusion. They sent me a card with a cat on it. With Nick's face. (It's a Christmas card.) I have no words.

As well as cards, I got some lovely gifts. Feast your eyeballs: 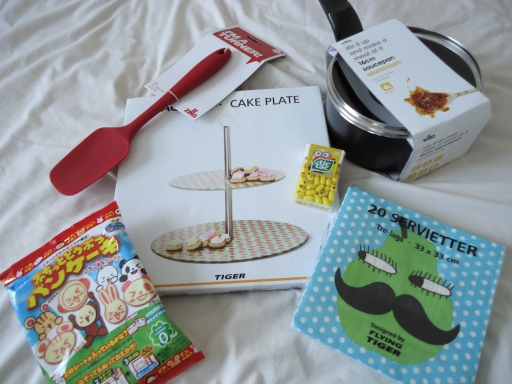 Kitchen things! Including minions tic tacs (so cute) and some shifty-looking serviettes from Mariya. She also sent me the Japanese candy kit. This one was complex. It involved the use of a microwave! Thank God YouTube could tell me what to do with it. I made it today. It's a strawberry flavoured pancake in the shape of a panda! Tasty and cute. 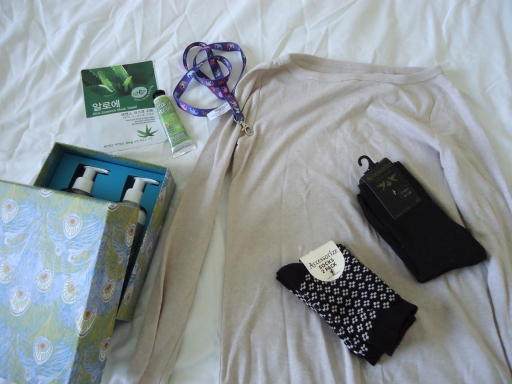 Clothes and toiletries. (Not pictured: a nice bottle of perfume from my parents.) I got some well-posh Lavender smelling hand-soap and moisturiser from James and Eppa (from Liberty!) There's a Korean face-mask and some hand-cream from Mariya. And a plain long-sleeved shirt from my parents, which blends in rather well with my duvet cover. 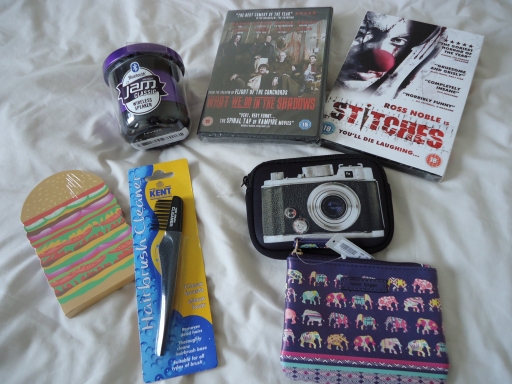 Then there are the things that didn't fit into any of the other categories. Two lovely purses! The cool camera purse is from Mariya, who also got me the hamburger-shaped notebook (so I can feel hungry whenever I make notes). Also featured is a hair-brush cleaner; a blue-tooth speaker, so I can listen to music in the kitchen while I'm cooking; and a horror film staring Ross Noble??? Geordie comedian Ross Noble is in a slasher flick? I don't understand! My Dad choose this one, and he said, "I have no idea what this is, but I know you like Ross Noble so here you go". Has anyone heard of this film before? I didn't even know Ross Noble did acting! But his comedy is great, so this could be too?

The other film is one I requested specifically. I have been dying to watch What We Do in the Shadows ever since I saw the trailer. Vampires with dodgy accents living in a shared house in Wellington. I watched it a couple of nights ago. It's very very funny. I loved it. 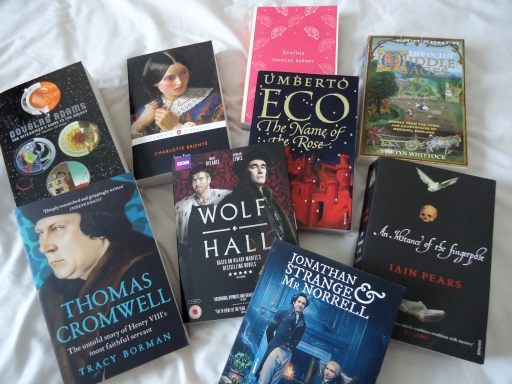 This last photo doesn't contain birthday presents. The DVDs I bought myself, and the books all come from some book tokens I was given as gifts from the lovely people at my last job. I very particularly did not ask for any books for my birthday this year, because I already knew I had this motherload on the way!

So, the books kinda tie-in with the DVDs. Some books are Jonathan Strange and Mr Norrell related, because apparently I can't leave it alone. A couple came from Emma's Strange and Norrell related recommendations. Jane Eyre is in there because I needed more 19th Century-based fiction; and then I stepped back a few decades and went for Evelina as well (I'd just listened to a podcast about Fanny Burney and she sounded like an interesting lady).

I got The Hitchiker's Guide to the Galaxy because I've never read it and that feels like a wrong position to be in. And I got Life in the Middle Ages because I like to read light history books for fun (it's ok; I'm an adult now, I'm allowed to).

And the final book ties in with the Wolf Hall DVD. Oh look, is that a biography of Thomas Cromwell? Yes. Yes it is. I've just finished reading Wolf Hall and Bring Up the Bodies. I really enjoyed them, and I couldn't bear to part with the world just yet, hence the biography, and the DVD. It was the TV series that actually started me on the books. It's not as long and as full as the books (it can't be) but it's still very enjoyable. Plus, it has a beautifully haunting soundtrack. I won't say that the show or the books are perfect (for example, I'm not sure how I feel about this choice of characterisation for Anne Boleyn) but they are really enjoyable nonetheless. I'd recommend them if you haven't checked them out! On a related note, during a conversation on a birthday outing with Susan, we discovered that we both have the hots for Mark Rylance as Cromwell. Rylance plays Cromwell as far more quiet than he's meant to be in the books (in my opinion), but he makes it work in a very compelling and oddly sexy way; even when he threatens to gouge out someone's eyes with his thumbs! (Especially when he threatens to gouge out someone's eyes with his thumbs!) It was something of a revelation to find out that Susan felt the same way about that scene; oh thank God it's not just me.

As for Jonathan Strange and Mr Norrell, you already have my thoughts on the series. It's part great and part not great. But I'm too much of a fan of the book not to own the DVD. Also, I needed to have more Childermass in my life. Even if it comes with the extra baggage, I am not passing up the chance to own Childermass on DVD.

I can’t see the Bluetooth speaker or is it made to look like James?

And is it perhaps a different Ross Noble in the film?

Made to look like James???
The speaker is the thing in the pot that says jam on it; it’s a small little thing.

And I have no idea if it’s a different Ross Noble in the film. I think it might be everyone’s favourite Geordie, but I’m almost too scared to watch it and find out (what if it’s awful?)