Well I had a nice Easter at home with my parents. Not as nice a last Easter, which I spent in Rome, obviously, but still nice enough. Also, I got a Lindt Lindor Easter egg, so my stomach is happy. The weather has been beautiful and we went and did lots of walking in the English countryside, which is just coming into spring now (there are baby lambs everywhere).

Places we walked:
- A little place along the Thames that was fairly near Medmenham. I was a little excited over this, but I don't think that any cross-dressing, occult, french knights are there now.

- Waddesdon manor. This is a big country house that was built in the style of a french chateau. It does look more fariytale castle than English manor house. The house was built by Ferdinand de Rosthchild and, good on him, there are big F's all over the facade. If I ever build my own house, I think I'm going to build it in the shape of a big J. 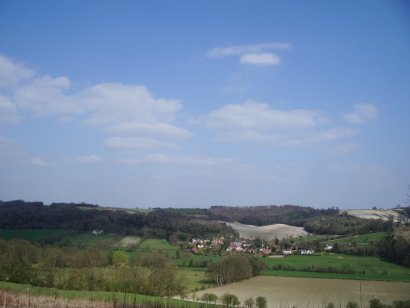 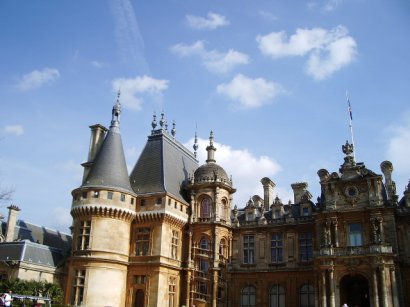 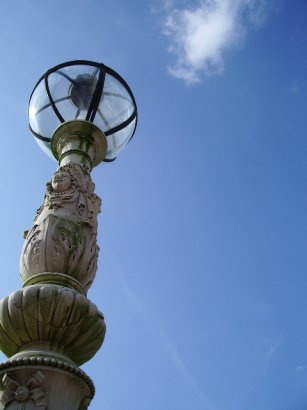 I have come to the conclusion that I like to take photos with a lot of sky in them.

Other things I did:
- Watched loads of UKTV History. Why do I not watch this when I'm back home?
- Saw some relatives and discovered that my cousin Richard is a scary likeness of my Dad's late uncle Les.
- Queued 20 minutes for an ice-cream :E
- Stole Borrowed the new Kings of Leon and Maximo Park albums from my parents
- Re-read part of The Ladies of Grace Adieu for want of anything else to do. I'd really like to read more about this universe from Susanna Clarke (shame I missed her radio drama that was on not too long ago). People I'd like to read more about: Alessandro Simonelli, Tom Brightwind, and John Uskglass.
- Nearly started to write a cross-over between Jonathan Strange and Mr Norrell and Code Geass. It was to be titled The use of fairy magic during the Japanese war of independence: a study of Lelouch Li Britannia. But then I realised that it is possible to take things TOO FAR, so I let the idea go.