My spirits are up because the weather is beautiful like summer, and the evenings are light, and there is blossom in the trees. But my spirits are also sluggish because I am tired, despite sleeping away yesterday afternoon in front of a documentary about the Amazon jungle.

Theresa and Deborah came to visit for the weekend, and we did lots of fun things that involved being out in the nice weather. This included buying Hagen-Dazs ice-creams for lots of expense (but oh so nice), and going to the zoo! I've not been to London zoo for abot 10 years, so it was quite nice to go again (but so expensive ohgod). Funnily enough, the aquarium was one of the most interesting parts; woah, look at that coral go! Other highlights were the otters and the meercats; they were so cute! Seriously, I want a meercat for my very own right now.

Photos (they're not so good because I forgot my camera and had to use my phone...one-handed because I was holding stuff): 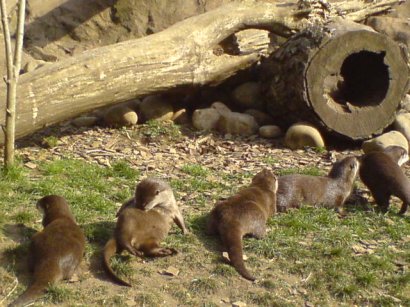 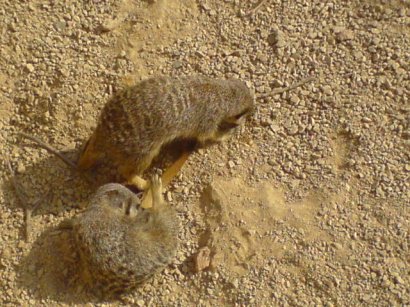 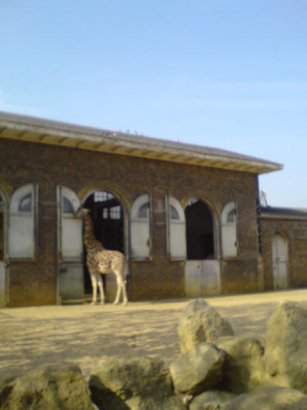 Other things:
Death Note episode 25 was great. I think I actually lost sleep over it; even though I knew that SPOILERS were going to happen sometime (because it was impossible not to run into them on the internets). L is great (but live action movie!L is greater). Do we find out L backstory? I want to know what makes him tick! Also, L and Light have a moment, which is very gay, which involves a wet T-shirt competition, in which L pretends to be Jesus, like, really. I'm not sure on cultural differences, but I wonder if it is as easy for the Japanese audience to spot the Jesus references as it is for Western audiences.
Also, how alike are Light and L? They really are two sides of the same coin. I don't think there's anyone that could actually get closer to Light than L. I think Light will feel the *spoiler* more accutely than he realises; or maybe he is just an evil bastard. Who knows?

Other other things:
The opening of Code Geass if it were a harem anime. - This is made of brilliant. It fits to a scary degree. Crikey. And there's a second version, in which Lelouch singing makes my brain hurt.

Serious things:
I just checked the news and, wow. How many kids are going to have to die before America does something about its gun laws?