I'm a bit late this time. Sorry, folks! I had a flat inspection on Wednesday, which meant that cleaning had to come before blogging.

And oh how I want to blog about this episode of Sherlock. So, without delay, onwards! 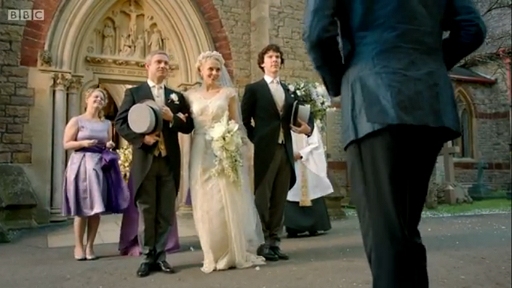 This episode. This episode. You remember how the last episode was really quite bad? The Sign of Three made up for it. And how! It is right up there with my favourite episodes. It might even be my absolute favourite out of all of them; although I'm not sure on that, because I have such a soft spot for A Study in Pink that I can't let it give up its position without a fight.

What I am trying to say is that I loved The Sign of Three. So hard. Oh, I've been excitable for days. (A word of warning though: one of my colleagues absolutely hated this episode, so YMMV. Her reaction really shocked me, to be honest. I got quite ardent - read: loud - in my defence of it. Whoops. Sorry to all my colleagues who were trying to work at the time!) 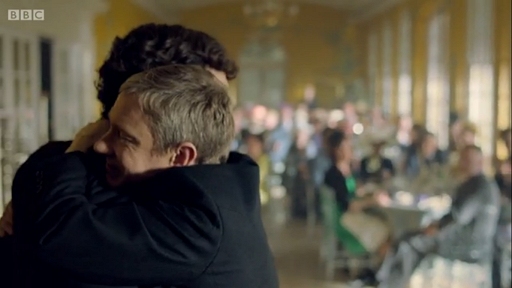 Oh my God, guys. Shall we revisit the wishlist I'd compiled for this episode?

Other than that, what do I want from the next episode?
1. Can the beautiful cinematography come back again, please?
2. Also, a less ridiculous plot.
3. Closure.
4. Closure.
5. Closure.

Cinematography was still not quite up to par but it was better than the previous episode. I'm happy.

The plot? The case wasn't the main focus of the episode and yet they managed to tie it all together nicely. This wasn't anywhere near as disjointed as The Empty Hearse.

So I mentioned 'closure' right? We still didn't get a proper heart to heart about Sherlock's death and the reunion, but Sherlock did say sorry for pretending to be dead. It was a brief sorry, but worded in a way that suggested they'd already had a longer conversation about it before. So there wasn't anything particularly related to the previous episode, but I think we got the closure we needed, especially with regards to Sherlock and John's friendship.

And how satisfying that closure was! We got the apology and we got the hug (finally! finally!) And where I'd wanted an 'I missed you' or an 'I'm happy to see you again', instead we got an 'I love you', both from Sherlock and from John. Perfect closure is perfect. They know where they stand with each other and they're happy with it and I couldn't want for anything more. 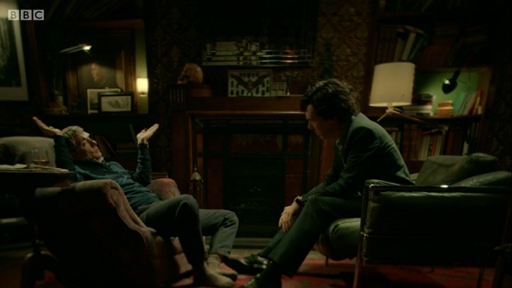 The stag do was so much fun. Oh wow. It took me a long time to stop giggling over it at random moments during the day.

Some of the drunkenness felt a little overplayed, but most of it was very well done. (Hats off to Martin Freeman and Benedict Cumberbatch for doing a sterling job.) And it was hilarious. Oh man.

Sherlock's drunken deductions were the best thing. Just how long have the writers wanted to put those in the show? Because it really strikes me as an idea that's tickled them for ages. 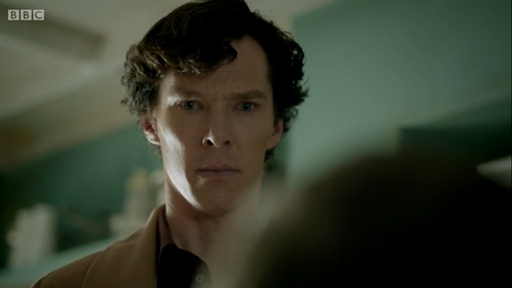 Man, the pathos was laid on thick in this episode. This, in particular, was what my colleague had a problem with. She thought that Sherlock was out of character because he was too sentimental. Personally, I don't have a problem with it. Yes, it may have been out of character for Sherlock in the first series, but he's grown a lot since then. To me it all seemed perfectly in-character. Plus it was absolutely adorable.

Like the part where Sherlock found out that he was John's best friend. His face! My heart has broken into a million pieces. Oh, Sherlock, to think that all this time you never knew. I just... augh it's so good it hurts. 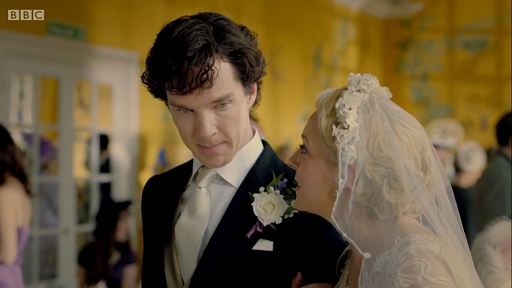 And the way she and Sherlock interact with each other! They're comfortable. They get on. And there aren't many people you can say that about with Sherlock. Seriously, the shots of Mary, John and Sherlock wedding planning were so domestic it was adorable.

This is why I can't feel sorry for Sherlock. Despite what the other characters were saying, I can't help but feel that Mary will bring John and Sherlock closer together rather than drive them apart. And, you know, Sherlock managed to talk about himself so much during John and Mary's wedding that it kind of felt like he was getting married to both of them anyway.

I honestly can't feel sad when all I'm getting is fuzzy feelings. 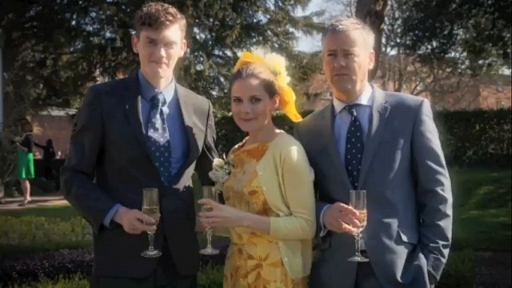 Enter more fuzzy feelings. I'm not the only one who wants Molly and Lestrade to get together, right? It just really looks like it's on the cards. They wouldn't make a point of Lestrade's failed marriage and Molly's fiancé being a bit of a tit for no reason, right? You have seen the above photo, right? Right? Right?

Actually, maybe you haven't seen the above photo. It comes from John Watson's blog, which I strongly suggest you check out. It is so much fun.

The latest entry was written by Sherlock, who appears to have hacked his way into it. Here's a snippet:

Good evening everyone, this is Sherlock Holmes. John can't be with you today as he is on his Sex Holiday. Sorry, honeymoon.

Apparently we aren't allowed to call it Sex Holiday. Apparently we really shouldn't tell children that John and his wife have gone on Sex Holiday. They've chosen to go somewhere hot and sunny with beaches and cocktails or something. To be honest, he talks about things and I phase out. She's the same. They're both perfectly acceptable friends in their own way but then they start talking and I wish I really had died.

6. All the other fun parts 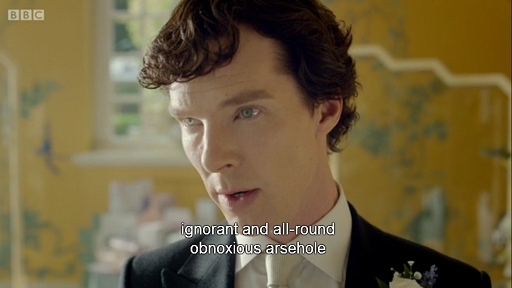 Let me remind you of what I wrote in my review of The Empty Hearse:
Jesus, Sherlock was such an arsehole in this episode.

How happy was I to watch Sherlock call himself an areshole in The Sign of Three! Am I psychic? Is that what it is? It could be a coincidence, but as Sherlock says: The Universe is rarely so lazy. Conclusion: I must be psychic. That's a deduction I made just there.

Oh, and there were other fun parts too, like:
- Sherlock playing Guess Who? with the women from the website!
- Donovan being a competent badass.
- Molly talking to Sherlock about her sex life.
- Mary playing John and Sherlock off against each other. (That was so great.)

What is it, Sherlock? Tell me! I'm all ears!

Is it any shock that I loved this episode?

Janine must be Mary's good friend. Can she come back at some point? Please? Say my name again, Sherlock! Say it! Say it!

So that's it for this review. Some people hated the episode. But I adored it.

I have heard that, apparently, the next episode is really good too. And that's great. But at the moment I'm finding it hard to think of anything that could top this.