I hope the weather has been nice where you are! Here, it's been mixed. Sometimes cold, sometimes windy, sometimes rainy, oftentimes muggy, and always with a high pollen count (just in case you like a bit of mucous with your summer).

This weekend though. This weekend the weather was gorgeous! Sunny and just the right temperature. If only it could stay like that always, rather than get all cloudy and rainy like today.

Still, good weather or not, I have been gallivanting around and trying to enjoy summer (and sneezing lots along the way. Seriously, what is up with the pollen count this year?)

I visited an old Victorian cemetery with James and Eppa a couple of weeks ago. It stopped being well-tended some time in the late-20th Century so now it's really overgrown with the headstones listing all over the place. Probably not what the first people to be interred there imagined would happen to their graves, but it does add wonderfully to the Gothic feel of the place. 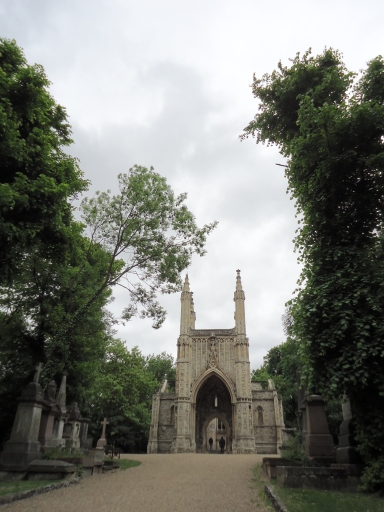 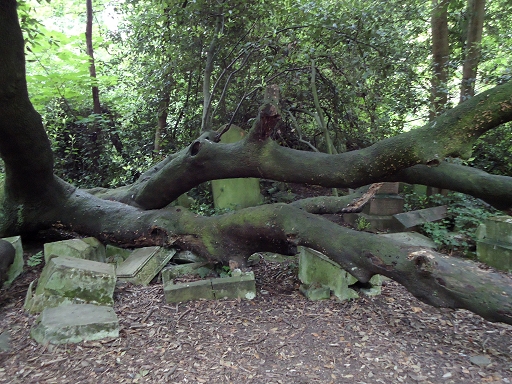 After that, I went to visit Theresa and Colin and their 16 month-old daughter, Rosie. They live in a village on the Norfolk broads and the place is so pretty and peaceful!

We spent the weekend playing with Rosie (I was on drawing, pushing the ride-on toy car, and Winnie-the-Pooh duty), having a barbecue, and visiting model railways.

Oh yeah, and walking along the waterside. 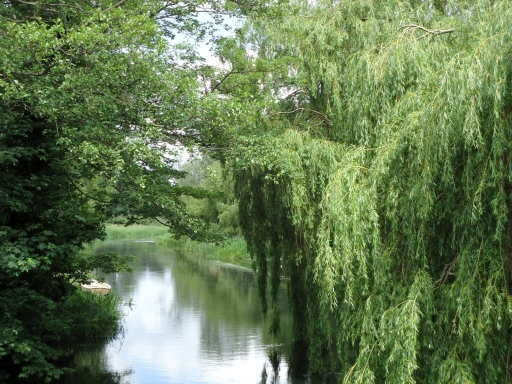 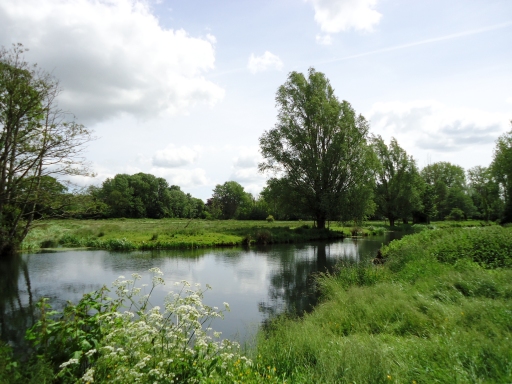 The week after, I went with my parents and my Nan to go visit a museum full of stuffed animals.

It's a fascinating place. I love learning about evolution, so being able to compare the different species was great. But as the stuffed animals are all about 100 years old, we got to learn a bit about the way people saw animals and museums back then too. 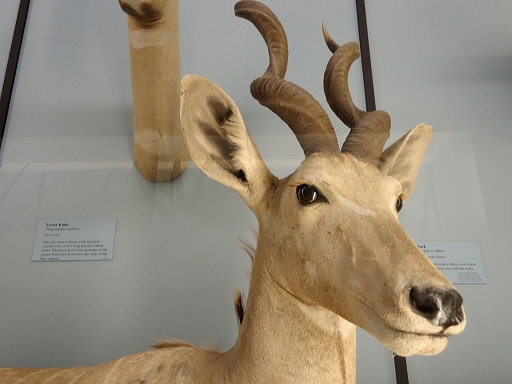 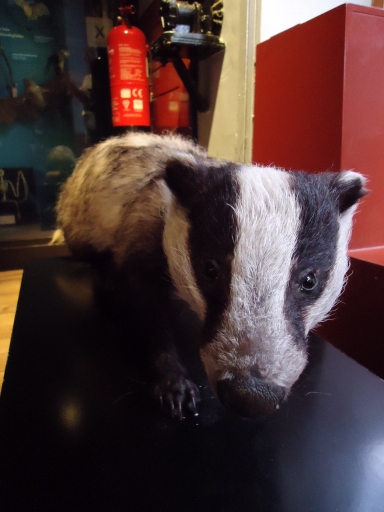 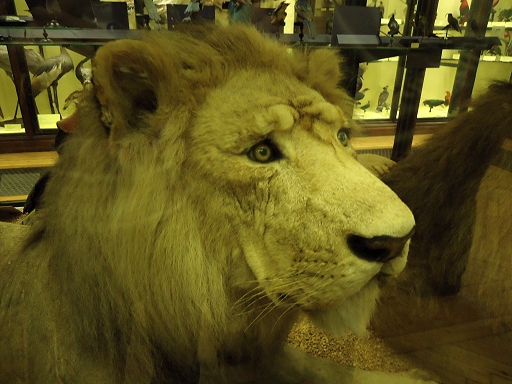 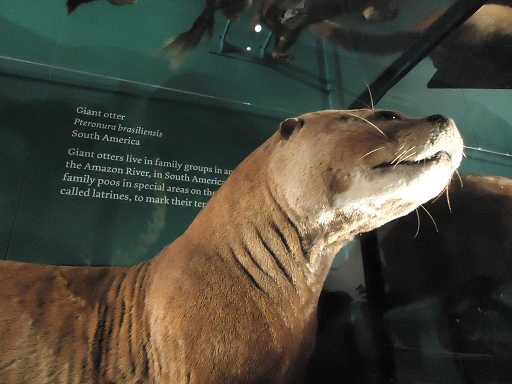 This weekend, Susan, Helen and I took advantage of the nice weather and went for a picnic.

I love strawberry season. These strawberries were from Kent and were so sweet and juicy. I stuffed my face with as many as I could manage. 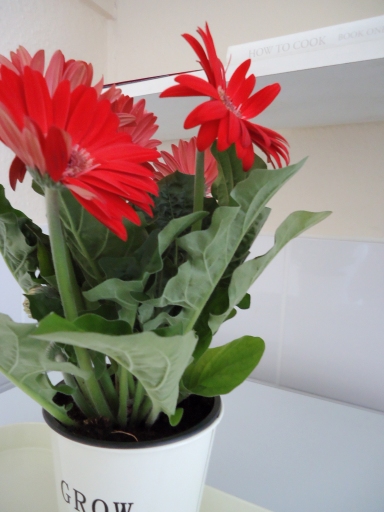 And Susan gave me a belated house-warming present! Very bright a cheerful. I hope I can keep this one alive, unlike all the other plants that have been entrusted into my care over the years. (Even my long-lived poinsettia is looking a bit ill these days.)

I've been watching a lot of TV series recently, and not one of them is a cooking programme! What's happened to me?

Horrible Histories
The internet tells me this is going to be the last series of Horrible Histories. How sad! It honestly is one of my favourite shows. What can be better than history and jokes? In particular, the songs this series have been great. My favourites:
Vikingland
Charles Dickens
Marcus Licinius Crassus

The Time Traveller's Guide to Elizabethan England
This documentary series was so fascinating! The presenter, Ian Mortimer, has written a book of the same name that I'm hoping to read soon. (I read his earlier book, The Time Traveller's Guider to Medieval England, last year and it quickly became one of my favourite non-fiction books.) What makes this show so interesting is that it pretends that you are going to visit Elizabethan England and tells you what to do, what to eat, what to wear, where to stay and what to expect (all very every-day kind of stuff so very relatable). I really enjoyed trying to imagine myself in the Elizabethan mindset. Fun fact! Most people in Elizabethan England had never heard of William Shakespeare. And how would they have heard of him if only the folks in London could go see his shows at the theatre?
I just loved this show. Can't wait to get my grubby paws on the book.

Rise of the Continents
And another good documentary series! I started watching this on a whim but it's turned out to be really fascinating. Taking each of the continents in turn, it uses the geology and the animals around to show how the continental plates have moved and changed over time. If you know almost nothing about geology, like me, you'll find it really interesting. Fun fact! It's not Antarctica's location but the seas swirling around it that make it so cold. When it was still attached to Australia, and so the sea currents around the land mass were different, it was lush and wooded.
Ahhh! Things in the past were different to how they are now! I can't get enough of this stuff!

Girls
Thanks to Eppa for letting me borrow her DVD. I'm halfway through the series now. Personally, I would class it as a comedy-drama rather than a pure comedy, because the laughs are thin on the ground. It works well as a comedy-drama though and has more of a feeling of reality to it than a lot of dramas do (see: characters living in believably tiny New York-sized apartments). Ok, and they might be thin on the ground, but I did laugh at the jokes too.

What kind of crazy show is this that puts out two seasons within six months of each other?
“The kind that is interesting enough to be talked about by people in other countries.” Hardly ever happens for US shows, so everyone is enjoying being controversial.

More like the second one, actually :[
WILL IT BE A DAISY? OR A ROSE???

I didn’t realise Girls had a second season. What kind of crazy show is this that puts out two seasons within six months of each other? It’s almost like one in which half the cast isn’t in ruddy New Zealand the whole time! Baggins, I’m looking at you.

Whew! Hot weather for you! We’re not quite that hot here but we’re still in full summer mode. I’m planning on picnic-ing again at some point over the weekend (and eating my third punnet of strawberries within the space of a week). Good times.

It’s so weird that an early 20th century taxidermist would make such a frightened and doubtful-looking lion; most of Western civilization was immersed in imperialism and backward, ignorant social Darwinism then, and they often identified lions (hilariously) as the top of the predatory food chain and worth emulating culturally. Maybe he was a Marxist taxidermist.

I didn’t find Girls to be very well done. Personally. Lots of smart people like it; I think it just isn’t my taste. As for the POC thing, you know — I grew up in a situation where I was the only brown person in my whole town, so if I wrote about my own life it would be a bunch of white people and one little mulatto girl. If Dunham didn’t experience much diversity growing up, and if she still isn’t seeing many dark faces, then that’s actually pretty fascinating and depressing on its own. (I will say I didn’t like her weirdly hysterical defense of the show on that point, though.) It’s a hard thing, writing that sort of fiction; it can be tempting to create a sort of sitcom-type set-up where one doesn’t exist, and I don’t think that helps anyone. More interesting to me is the fact that Dunham automatically assumed that a story about pampered and affluent adult children living in NYC wouldn’t have any black or brown folks in it. Weird!

And I guess Chris O’Dowd is in some of the later seasons? Love him! He counts for at least half a POC. (Sorry. I’m sorry.)

I have softened on the whole phenomenon, however, just because American conservatives hate it so much :]

Anyway, yes, less irritating topics — it’s been in the 90s for days and days here, and more to come. If I went out for a picnic, I’d need a rescue team to get me back in the car afterward. And I love rain, so. Swoon.

I think I will confine my thoughts on he Time Traveller’s Guider to Medieval England to another forum, however, because screaming.

I couldn’t not take a photo of the lion when he had an expression like that! Perhaps he was having self-esteem issues after he saw how much larger and more threatening the tigers were in the case next door.

As for Girls, I had seen people talking online about how it wasn’t very diverse. I think I’ve only seen two people of colour in it so far, which is kinda crazy given that it’s set in NYC. Unfortunately, it’s far from the only show that suffers from the same problems. Personally, I’ve found the show a little underwhelming after I’d heard people talking about how great it was. A large part is because it’s turned out to be more drama than comedy, which is always disappointing for me. More gags please!

Everything looks like so much fun!
Aha! Then my aim of making my life seem completely and falsely rose-tinted through the means of the internet is a success!

And I am so excited that you’re reading The Time Traveller’s Guider to Medieval England. I enjoyed reading that book so much. I tend to get a bit shouty whenever I talk about it.

That lion looks as if someone has just told it that it has prostate cancer.

I’m about 40 pages down in The Time Traveller’s Guider to Medieval England, and I’m loving its completely earnest weirdness.

That cemetery, holy cow! I see why Poe used to sneak into them in the middle of the night to write.

Everything looks like so much fun! Such nice weather! I’m glad you’re having a great summer.

(As for me, I was recently sort of forlornly wondering if you’d think I was a creeper if I sent you a second e-mail, and then I quietly realized it was my turn to reply the whole time. I think I have to do something about that, it’s getting ridiculous; also I feel like I’m the last person on earth who uses e-mail. Anyway, point: Sorry.)