Then you go:
- No wait. Just kidding! Look: we gave him an eyepatch.

And then you go:
- Haha, just kidding. We'll kill him anyway!

The slightly good thing about this all is that I am now used to the whole grieving over Lockon deal, so I'm not so shocked as I would have been.
Also, I'm very glad that he didn't get a really quick, blink and you'll miss it, pointless death like Michael's last week.

Lockon kicked ass all the way until the end. I mean, come on, getting out of your giant robot in the middle of space to go on an ultimate suicide mission of revenge, with the biggest gun you can find, AND a jetpack? That's kind of awesome. Also, flashbacks, and pointing at the Earth, and he's got no regrets, and he did it all for his brother (I'm assuming that's who Lyle is):
A HERO'S DEATH.

If only they hadn't lulled us into a false sense of security with that eyepatch. 'Ah, so now they'll have a way to distinguish between him and his twin in the 2nd season' thought I. I felt so clever, but I was WRONG. Damn you *shakes fist*

Aw man, and Tieria is going to be torn up real bad. We already see him picking on Setsuna in the previews for the next episode. Is he going to lose all that humanity that he'd slowly been building?

Also, WHO'S GOING TO GIVE TIERIA HIS HUG NOW? He needs a hug more than ever.

The bonus points:
- Half the episode being filled with Lockon's heavy breathing. NO WAIT.
- I'm not sure if Lockon/Tieria was ever more than one-sided on Tieria's part, but at least nothing can happen now to make it any less canon (not that it ever was fully canon but...)

But obviously I have missed the most romantic relationship that Lockon ever had, which was clearly Lockon/Haro. Did you see it when he gave Haro that lingering caress at the end? 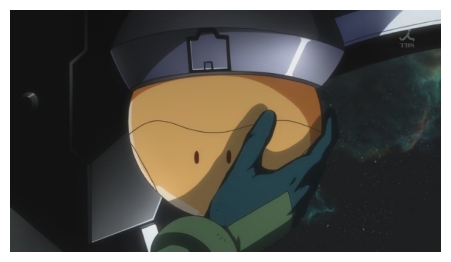 And it's our last day of classes tomorrow before the Easter holidays, and everyone is going to be all, 'Yay! Lets go for celebratory drinks!' and I'm going to be all, 'sorry, but I have to go home and sob quietly to myself.'

The good news is that I got some coursework back today, and I got a frikking A+
That's quite good consolation actually.