Ok. So getting back on the blogging band-wagon has been slower than I thought. Sorry, guys! It turns out that when you put your social life and everything else on hold for several months, it takes a long time to catch up.

So, I've been running around meeting people and buying Christmas presents and all those sorts of things. Oh, and I found out that my extracurricular work stuff (which I devoted half of this year and half of last year to) has been successful! I now have an extra qualification! Yay!

Right. Ok. First up in the backlog of posts is the write-up of my birthday. My birthday was in the summer, so this is embarrassingly late. Oh dear. Better late than never, though, right? Right? :|

I turned 30 this year. That's a thing that happened. From what I've experienced, being 30 is pretty cool. I'd recommend it. 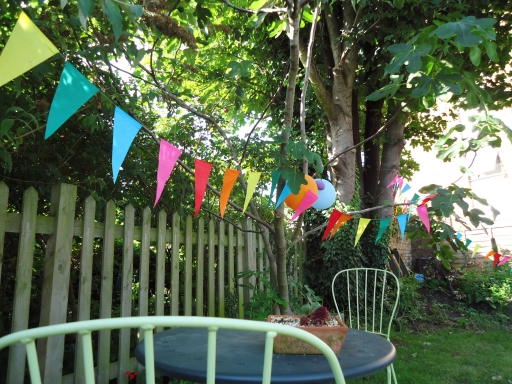 James and Eppa were nice enough to host a birthday BBQ for me. Steve, Heather, Nick and Deborah came along. It was also the summer, remember, so it was boiling. We ate lots of food and it was good.

Sadly, Linda and Tom couldn't make it because Linda was busy having a baby. Honestly, guys. You could have made a bit more of an effort! 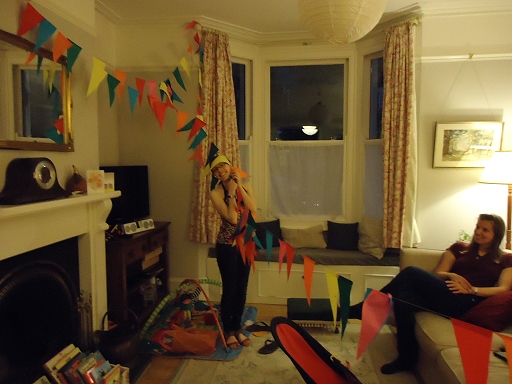 When it got dark (which was late, because it was summer DO YOU REMEMBER SUMMER) we moved the party inside, and I made the most of my bunting. 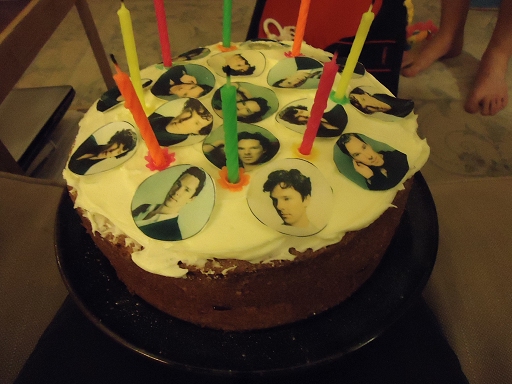 What I hadn't realised was that my friends had made me a cake. And when they brought it over I...

Yes. Yes it is. Here's a better view: 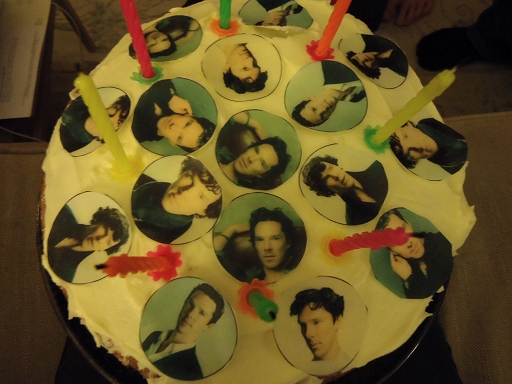 It is a Cumbercake. OMG. I laughed so hard I nearly broke something. Well done to Eppa for making the cake (and tasty it was too) and to Nick (I think) for buying the rice paper decorations. I even got given the left-over decorations! I keep meaning to make cupcakes out of them and take them to work just to see what people will say.

Guys, I still can't get over this cake.

The next day we met up with some more of my friends for party times. And the good thing about having a birthday party is that you get to force everyone to do what you want to do. For me, this meant dragging everyone off to booth karaoke :D

Whether they enjoyed it or not, I don't know. But I had a great time! Singing The Fox by Ylvis was the best part, because most people hadn't heard the song before, and seeing their reactions to the lyrics was wonderful. Other highlights included a great "My heart will go on" from Julie, and a brave attempt at rapping from Nick.

It was all followed by dinner, drinks and some enjoyable hanging around. I HAD SO MUCH FUN, GUYS. THANK YOU.

I met my parents too, a few days later, and we went on a really nice walk that seemed to take in quite a few graveyards. UNINTENTIONAL but they provided some much-needed shade from the sun. DO YOU REMEMBER SUMMER I THINK I DO BUT I'M NOT SURE.

Time to spam you with pictures of cards and presents: 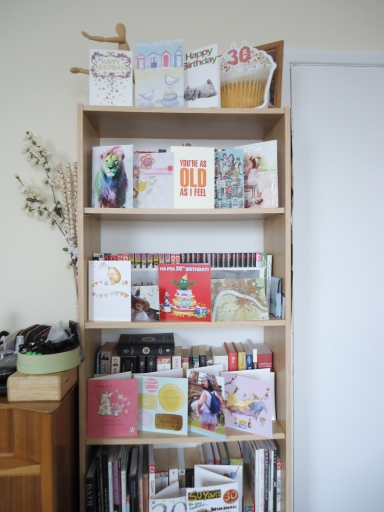 Lovely cards from lovely people. Including a cool, pastel-haired lion from Mariya. 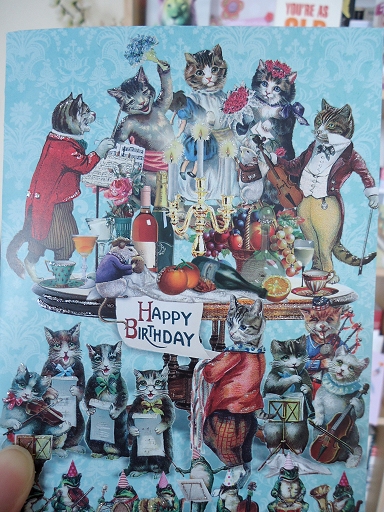 Linda and Tom's card had cats in historical clothing on it. ALL MY FAVOURITE THINGS. 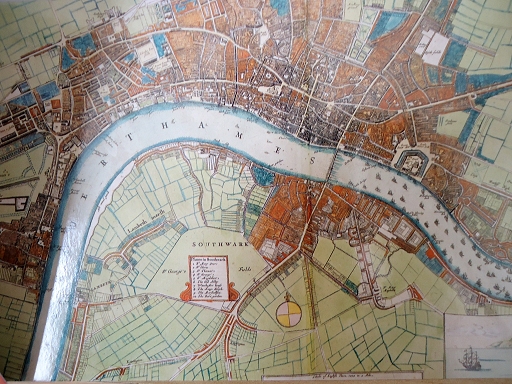 James and Eppa's card had an old-school map of London on it. I love old maps so hard, you don't even know. It was really difficult to walk past this card without stopping each time to pick it up and stare at it. 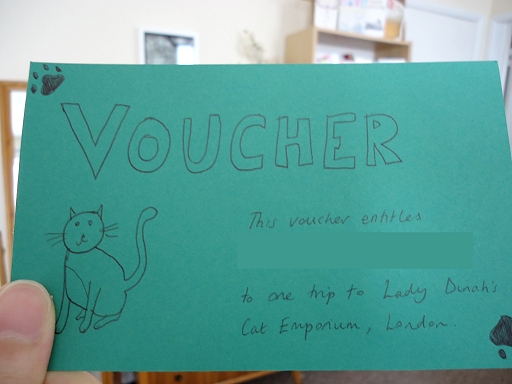 James and Eppa also made this voucher to take me to London's new cat café OMG. Although I've not actually gotten around to going to the cat café yet because I've been too busy abusing James and Eppa's hospitality by going to their own house instead and eating their own food and playing with their own cats. It's like a cat café but I get better food plus I get all the cats to myself :D (Steve Wiseman and Dale are the best. I need to show you pictures at some point. Steve Wiseman is a pretty cat but is super stressed if she's not on her meds, while Dale is the soppiest, sweetest cat ever but will not be winning any beauty contests any time soon.) 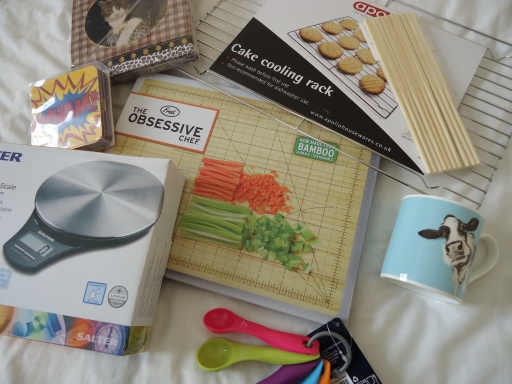 Cooking and kitchen implements to fuel my cooking spree. Yes, those are cat napkins. 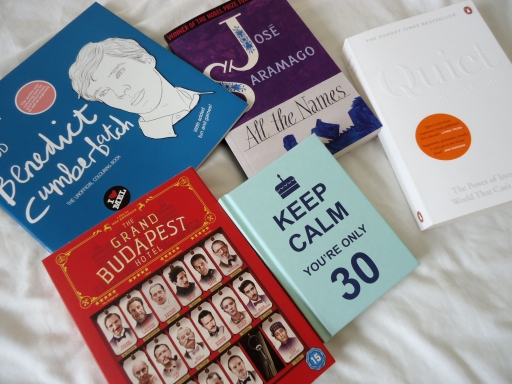 Books books books and a DVD. I have told you about the Grand Budapest Hotel, right? It's a really great film. And I bulldozed through Quiet: The Power of Introverts in a World That Can't Stop Talking. I should write a post about that book at some point. I am such an introvert; I really am. Not that that's news to me or to you: HI IT'S A SATURDAY EVENING AND I'M BUSY WRITING A BLOG POST.

But, you're asking, what's that Benedict Cumberbatch book there? 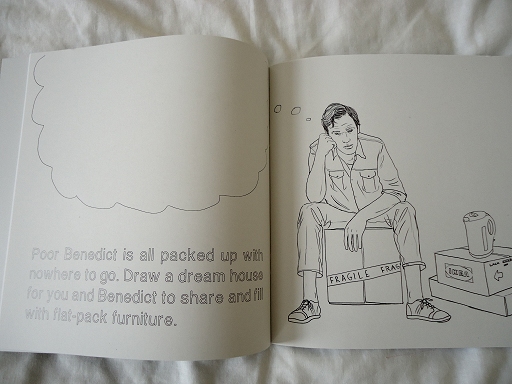 It's a colouring book! It's a Benedict Cumberbatch-themed colouring book! That's even more ridiculous than the cake decorations! I think this one was from Nick? He knows where to source the good stuff. 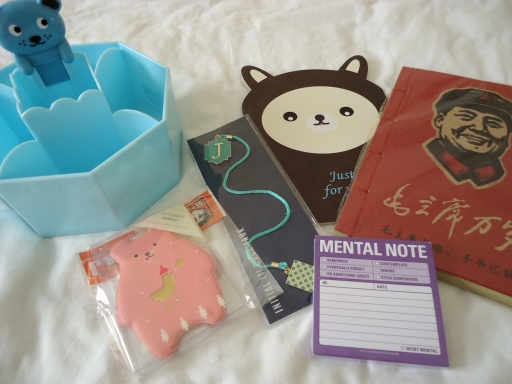 Cute stationery from Mariya and from Claire. 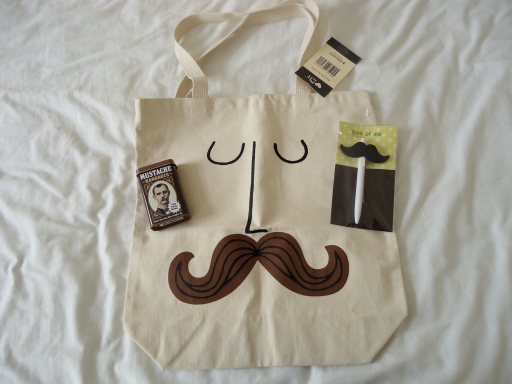 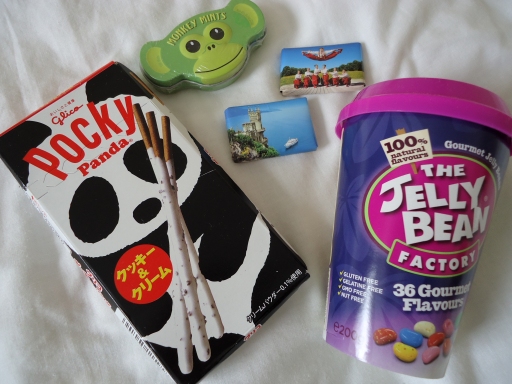 Sweets :D mostly from Mariya. Sadly, all those pictured here are no longer with us today. Apart from the mints, although they don't have long to go. 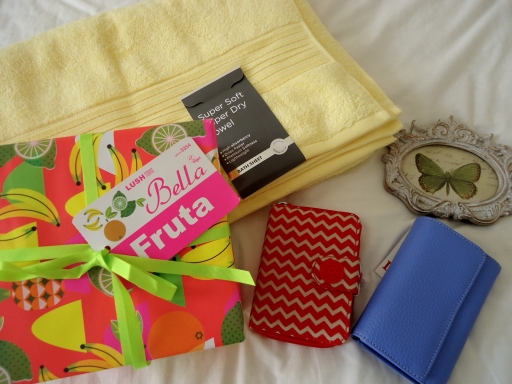 And other stuff, including a huge box of Lush goodies from Deborah, which I am still using. Bathtimes have been fun round these parts. 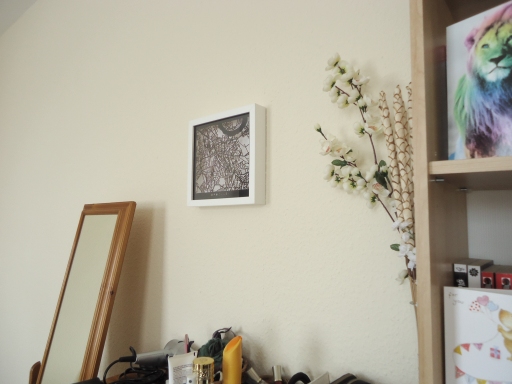 Finally. Did you say hand-made artwork from Steve and Heather, made by Steve on his new laser cutter? Did you? I think you did! It is so cool! I mentioned that I love looking at maps, right? Here it is, sitting in pride of place on my wall. (Everyone is jealous of me now, by the way.)

And that's it for the birthday rundown! It's no longer summer but I am still 30. That's just how I roll. Guys, thanks so much to everyone who sent me birthday wishes. Smooches to you all.

Thank you! I will aim for 81 more. Here’s hoping they keep making enough Cumberbatch merchandise during that time, otherwise I’m going to need a different theme for my presents.

Secondly, you look amazing in bunting.

Thirdly! Those are some excellent presents (I am slightly jealous of your coloring Cumberbook, for example).

It looks like you had a wonderful, fun birthday — here’s to wishing you a minimum of 81 more. ♥︎ ♥︎ ♥︎

The cat napkins were definitely from you. Thanks for the presents!

Yes, the cumberbook was from me! And the cat napkins!!! I think.