This is a quick post, to get me to blog things.

My week has been interesting in a few ways:
- I've had the last few days off work. It was great at the beginning but now I'm getting a bit bored. Whoops.
- I ordered a free Graze box because my Mum had a voucher. I haven't eaten anything from my box yet, but I did try a few things from my Mum's and they are tasty. A bit overpriced for a handful of snacks though. If you're in the UK and fancy a free trial box, let me know and I'll send you a code to use on the website (which may or may not work, since I cancelled my account after I got my free box because I am cheap like that.)
- I went shopping today and bought loads of clothes. Expect tedious photographs of outfits later.
- It's really hot. And we still have the heating on in the flat. Dear flatmate in charge of the heating: sort it out please!
- Oxford Street looks like someone's pissed bunting and union jacks all over it. It's almost like there's a massive national celebration coming up or something. No idea what that could be. Anyone? Maybe the Queen has opened a mug factory and that's why the shops are selling loads with her face on?

Check out Mariya on Pinterest! She posts some very pretty things.

I'm still not quite sure what pinterest is for. It is definitely pretty though. Given the speed with which I normally make social media accounts, I'll probably join pinterest in five years' time or so.

So I went to visit some friends and apparently, all I did was take photos of food.

First I went to see Theresa and Colin and their new baby person, Rosie! Rosie is very cute and she enjoyed the present I gave her (or rather, she enjoyed the carrier bag I'd brought it in), but I pretty much feel about babies the same way I feel about pinterest. They're new and confusing and a bit scary and I'm not quite sure what they're for, even though other people seem to like them. I always tend to find kids a bit more cute when they're old enough to talk to you. The good thing about babies though is that you can just stare at them and they'll stare right back. Take that adult eye-contact social conventions!

So, while I was visiting Rosie and her folks, Theresa and I went out to the cinema. And Theresa was very glad to actually go out and do something that didn't involve a screaming child for a while. We went to Cinema City in Norwich, which Theresa described as a more 'adult' cinema. Then she explained that by 'adult' she meant 'a bit more sophisticated than your normal Odeon' not, you know. Which is good really, because the film we saw only had one sex scene, so if this had been the other type of adult cinema, I would have wanted my money back!

Anyway, the important thing is that this cinema is in a fantastic building! Parts of it date back to the 14th century. Not normal cinema fare at all! Also we had dinner there, in a lovely wood-panelled room, and the bread came in a tiny bread tin. It was adorable. And tasty. 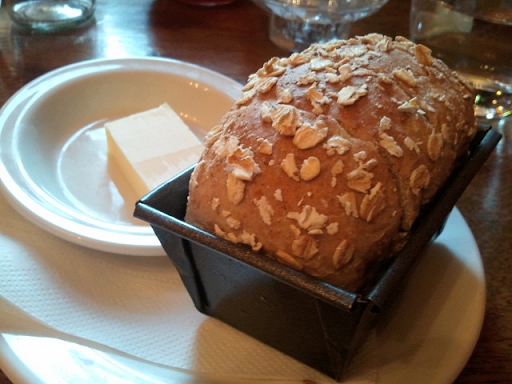 The week after that, I went out for a meal with my ex-colleagues from my old job. It was nice to see them all again, but the best part was when Chris ordered a 500g beef burger. 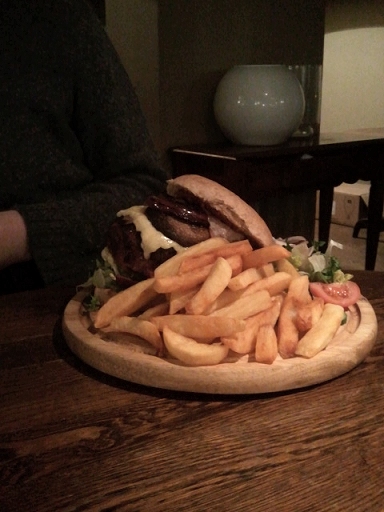 What was more astonishing was that Chris ate it all in the time it took us to eat our normal-people meals. Then he got free desert and almost managed to eat all of that too. He got a round of applause at the end of it.

I think it's a superb game. Everything about it is very well done. It looks like it's had a lot of money thrown at it (which explains why it's so expensive).

The puzzles were challenging and fun. And the music and character design were gorgeous. The best bits, though, were the animations throughout the game. They were an actual joy to watch. The only bad parts were the accents!

If you want to know more about the game, why not watch this handy summary (warning: may not contain actual in-game footage).