I managed to recieve today, a new paying in book, but that's not interesting in the slightest. I did however get my first copy of BBC history magazine. 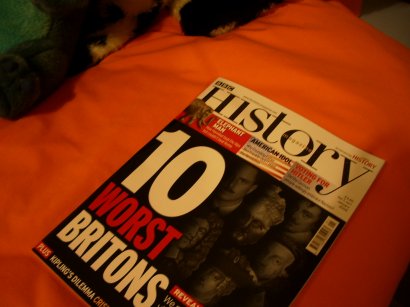 Very shiny. One day I'll have time to read it.

And I got my threadless T-shirt! Much quicker than I expected too. 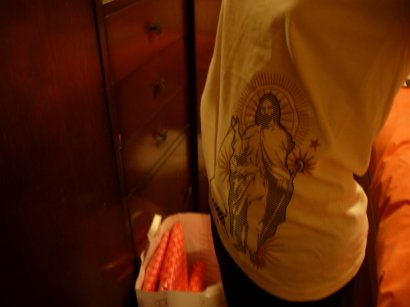 Aaand I downloaded the first Tsubasa Chronicle drama CD.
Kurogane's song makes me laugh so hard that I can hardly stand. I can't decide if it is bad or just really gay XD
Seriously, Kurogane, singing. What on Earth can he be singing about?! How he loves to kill lots of people with his ninga skillz? Or how he really misses pulling some shapes back in the discos of Japan?
It just doesn't sit right with me at all, Kurogane's about as likely to sing as Sakura is to use her latent powers as weapons of mass destruction. And if you try hard enough, you can almost imagine him dancing along as he sings XD *wipes away a tear*

The annoying thing is that I've caught a cold, but only on one side of my head. It makes no sense!!