So, I had a jolly good weekend this weekend. I certainly didn't spend it revising, that's for sure. On the Friday I hopped on a train to see Steve in Bristol (and I got second sit on his new sofa. SCORE!) then Nick turned up, from flipping Germany! And then James turned up, from flipping Tanzania! We had sausages and mash and then watched a documentary about British Christian fundamentalists (clearly we know how to ROCK OUT on a Friday evening).

The next day involved lots of watching of Shipwrecked instead of getting ready to go like we were supposed to. And then Steve's new kitchen turned up quite uninvited, and we had to help carry it up the stairs. Clearly the kitchen did not know that we had a schedule to stick to.

Then, finally, after stopping to buy some pants for James, we made our way to Siân's place in Chippenham. I have never been to Chippenham before, but I have to say, it is a WEIRD place. There was some kind of folk festival going on there this weekend. I seriously have never seen so many morris dancers in one place in my whole life! There were loads of them, all in different colours. You actually couldn't go anywhere where you couldn't here the sound of bells jangling. (We wondered that if two different groups of morris dancers crossed paths that maybe they had to have a dance fight. The answer is obviously yes.)

Siân had a set of mini golf clubs that we dragged around to all the pubs with us. Cool man. 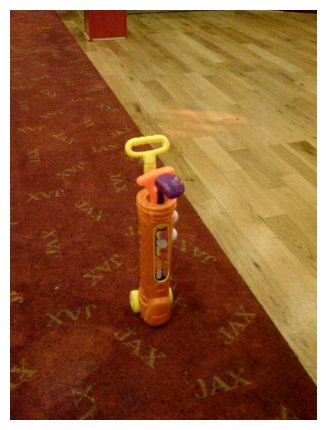 (The remaining photos in this post were lovingly stolen from Nick.) Because I can't afford golfing attire, my outfit consisted of a visor that I borrowed from my flatmate. It is an amazing visor though. It has SHADES built in to it that slide down whenever you want. Super. Here is a photo showing off my visor and THAT'S NOT MY DRINK I SWEAR. 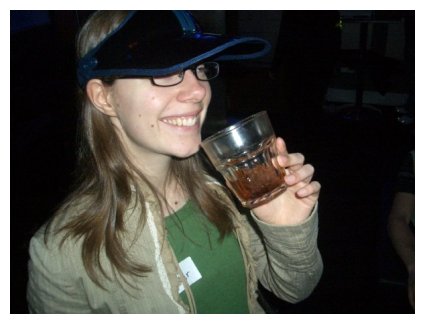 Because I don't drink, my job was to keep the score (which means counting how many sips it takes for everyone to finish their drinks, to see who can finish the course of pubs with the lowest number of sips in total). My golf name was Sue Barker (shut up I know she doesn't do golf). Here's a picture of me scoring and trying to put on my best "I am keeping score properly and officially" face (which, incidentally, makes me look so much like my Mum that it's scary). 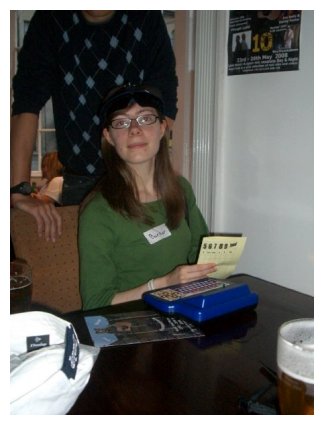 The winner was James who came in at 13 under par. This massive achievement was due to clever drinking of shots and timing of toilet breaks, plus most other players forfeiting the game by getting lost on the mean streets of Chipppenham and not finding the last two pubs at all. As the winner, James got a lovely rosette. Hurrah. 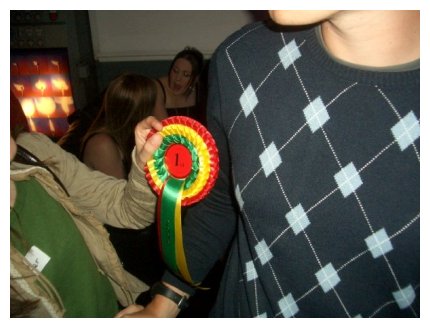 Highlights: impromptu games of golf beside the bar.

Upon returning to Siân's there was much spilling of drinks on the carpet, much spilling of hot tea on Sam's nipple, and much coercion from Sam to try to get the boys to teabag Steve while he was passed out on the carpet. (Although I am glad to report that nobody's testicle ended up on anybody's face during the course of the weekend.)

I got woken up at 8am on Sunday morning by a re-watch of Cool Runnings. What.

Songs of the moment

I watched a lot more TV over the weekend than I normally do, so I came across some adverts for bands that I hadn't heard of before (I really need to start listening to the radio more. I'm so out of the loop with all this 'popular' music).

Anyway, I was spurred on to check out a few bands via the wonders of their myspace pages:

1. The Ting Tings - The Ting Tings have the same problems that Bloc Party seem to have, which is to say that monotonous shouting does not a good vocal make. Does this make me a heathen? Anyway, regardless of that, Great DJ is a good track and it makes me want to dance.

2. Vampire Weekend - These guys have a very nice sound. APunk in particular is good for dancing and shouting to, and M79 may well be the prettiest song I have ever heard ever.

3. Crystal Castles - Ok, so I didn't see these on the TV, but I heard that they've got an album out now, and I wanted to decide if I want to own it. I think the answer is probably yes (they sound exactly like my childhood it is scary). See also: remixes by Crystal Castles.