Oh, man. I've gotten swept up in The Great British Bake Off for the first time. It's so much fun! And Mel and Sue are my favourites.

I've started getting into baking to the point where it may be becoming a problem. The other day at work I got mixed up and threw my used paper hand towel in the toilet bowl rather than in the bin because I was too busy thinking about cakes to pay attention to what I was doing.

Welcome to my life, guys. 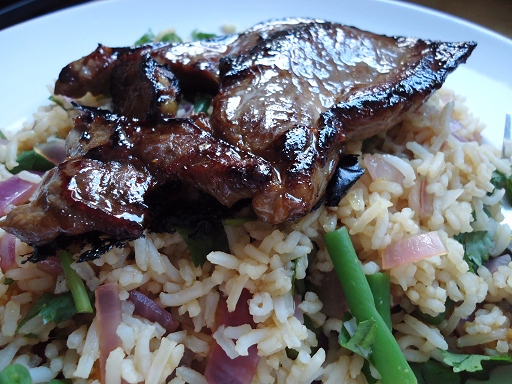 Teriyaki lamb with rice
My supermarket didn't have any teriyaki sauce, so I attempted to make my own using this recipe but without the spring onions. Other things I couldn't get at the supermarket were spring onions or soya beans. Also, the main recipe was really confused and didn't tell me what to do with half the ingredients so I kinda made it up. But the end result was really tasty so I'm calling it a success anyway. 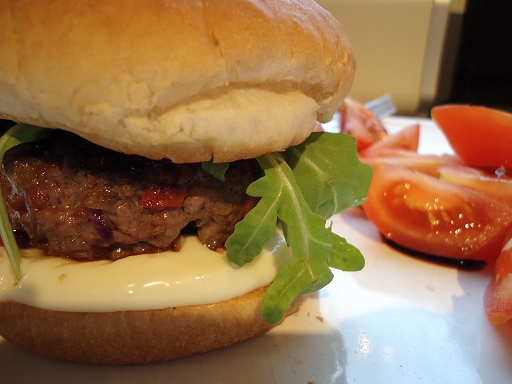 Chorizo burgers with aioli
I don't have a food processor to mash everything together, so I was pleasantly surprised that my burgers still held their shape. Personally, I'm not too keen on chorizo but the aioli gave the whole thing a wonderful taste (mayonnaise always makes everything better). 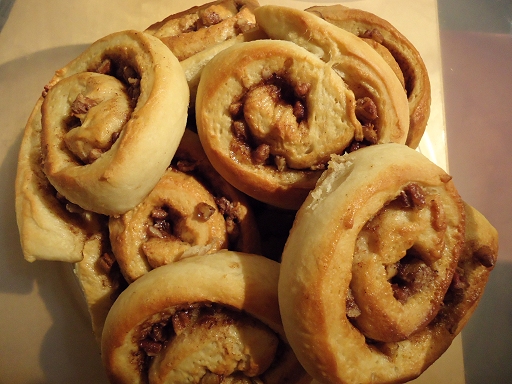 Pecan and maple syrup sticky buns (recipe from the book, Mother's Little Book of Home-Baked Treats, that Mariya got me for my birthday)
I'm surprised these came out so well considering the fact that I haven't baked anything using yeast for about 14 years. They were massive, sugary and lovely-y. 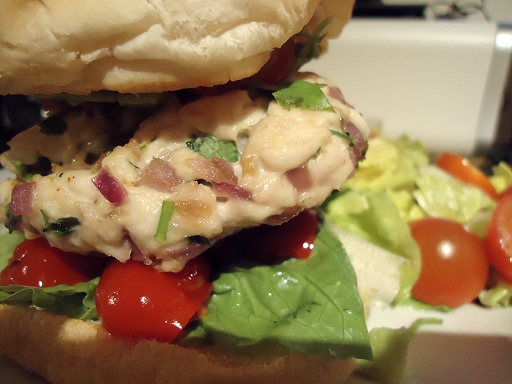 Spiced chicken burgers with guacamole
I couldn't find any turkey mince so I attempted to make these using chicken breasts that I chopped up really finely. Once again, I'm chuffed that the burgers actually held together. Also, I didn't want to break into another onion, so I used red onion in the burgers, which gave them an unhealthy looking colour. Overall, the guacamole was nice but the burgers, considering all the ingredients that went into them, were super bland and boring. Maybe it was because I didn't use turkey mince? I don't know. All I know is I wasn't impressed at all. 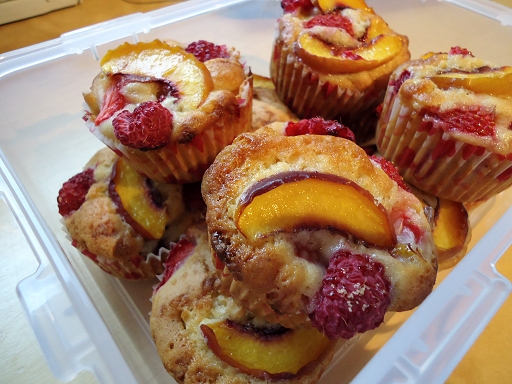 Summer fruit and white chocolate muffins (another recipe from Mother's Little Book of Home-Baked Treats)
The recipe says it makes 6 muffins, but I think the muffin tray I used was too small because I ended up getting 11 muffins in total. And really nice they were too. The fruit made the sponge sweet and moist but not too soggy, thankfully. The white chocolate is hard to detect in there, but I'm sure it adds a little to the taste. Guys, I love baking. It's like you put a bunch of white dust into the oven and it turns out as cake! 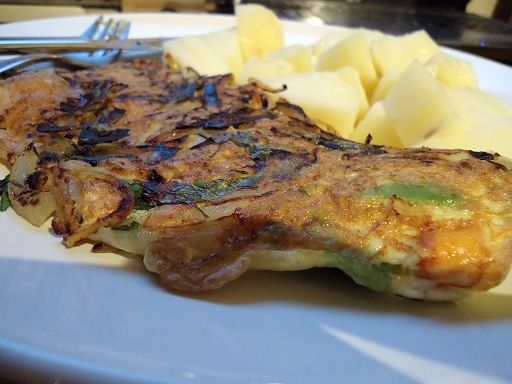 Leftover vegetable tortilla
Not a vegetable, but I used this recipe to finish up my avocados that I brought for the guacamole. As you can see, I burnt the onions on the bottom a little. Whoops. Also, I don't have an oven-proof frying pan so I just cooked this one like a normal omelette. Didn't detract from the eating though. I've never had an omelette with ginger in it before but it made the whole thing quite light and tasty. (And trust me, it tasted far better than it looks.) 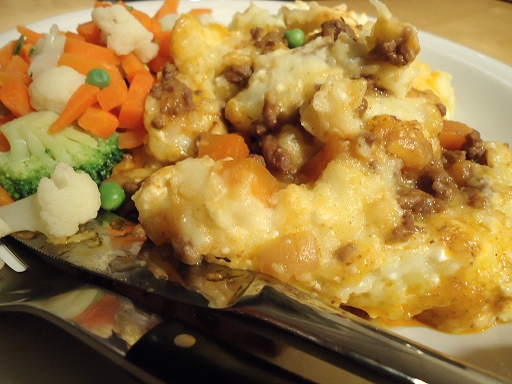 Cottage pie
It's impossible to take a nice looking photo of a cottage pie. Never mind. This is actually the tastiest cottage pie I've ever eaten (not saying too much though, because I normally find them really bland). I think it has everything to do with the unhealthy fact that this contains a third of a bottle of ketchup. But the Worcestershire sauce, mustard and feta helped too. (I was meant to add cheddar rather than feta, but my cheddar went mouldy at the last minute leaving me to improvise with the contents of my fridge.)